*DISCLAIMER: Note that the views and opinions of Brent Chittenden are not necessarily those of Comic Book Daily, it’s editors, writers or other staff

“What are you paying for?” 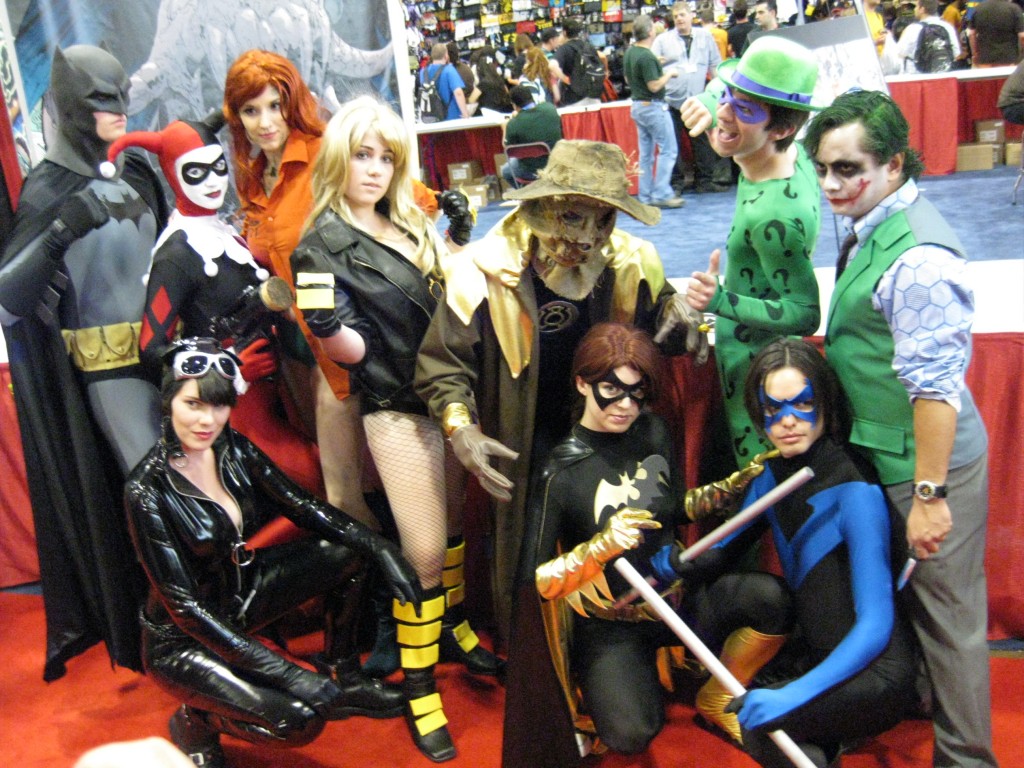 That was the question posed to my by Bite Radio’s Jason Agnew in regards to the debacle that was Fan Expo on the past Saturday. As many of you have read or heard, Fan Expo was forced to shut it’s doors for large portions of Saturday due to overcrowding and the fire martial. People who had tickets were not let back in during portions of the day.

Essentially, the show sold out and then they kept selling tickets.

With ticket prices that ranged from $35 to $349 you can understand why people were a little angry and why whispers of frivolous lawsuits have reached our ears from various places.

Which is what brought on Jason’s question.

If you boil conventions like Fan Expo down to it’s most basic components, you are paying to get into a convention and then usually paying more for something else. For instance, most of the celebrity autographs are not free. I am in no way blaming Fan Expo or Hobbystar for this. I’m fairly certain that they have no control over what people charge for anything. But really when you break it down, with your base ticket cost you are paying to get into the building.

What was happening was people were paying through the day and not necessarily getting in.

Refunds were not offered nor (from what I can tell) were any given.

This cause numerous headaches to staff, fans and retailers.

Why this happened is conjecture. The show had been moved to the smaller north building so less people. While that was probably not Hobbystar’s choice (I imagine that it wasn’t at anyrate, I’m giving them the benefit of the doubt), it did mean that even if they got the crowds (the exact same amount as every sign pointed that the con was just going to get even bigger) that they had the year before, they would not have the room.

On Monday, Hobbystar President Aman Gupta, posted a letter to convention goers on the Fan Expo apologizing for the inconvenience.

“We were, quite simply, inadequately prepared for the increased crowds in a venue that was neither familiar to us nor not capable of meeting our collective demands.” 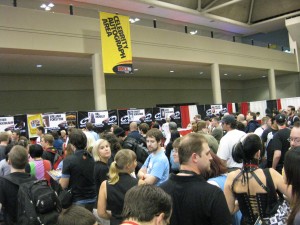 Fan Expo 09 was huge and in the south building. Line ups went for an hour or two to get in on the Saturday. Given that, there was no sign of a small crowd this year and the con was held in a smaller building, the simple math dictates that more preparation was needed.

So given this unpreparedness, there was a simple way of stopping the problem.

I know the Hobbystar is a company that is meant to make company, it’s not a not for profit and I understand and respect that. I also understand that stopping ticket sales wouldn’t solve all of the over-crowding problem due to advance internet / ticketmaster sales but it would have made the issue much smaller and easier to manage.

It was not only greedy but potentially dangerous.

Take where I was Sunday morning. I did not get press passes so I got in line like everyone else to buy one. There was one particular portion of the line up that was on a ramp with no real line, just a mob of people waiting. All it would have taken was one person trying to start something and serious problems could have occurred. 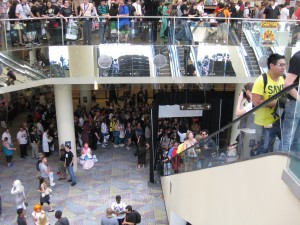 But that is now all in the past, the question is, how does Hobbystar repair the damage that has done?

Don’t get me wrong, I’m not naive. Next year’s Fan Expo will be as big if not bigger then this years. No matter how many internet trolls calling this the doom of Hobbystar, Fan Expo will not be effected. I’m also not a Hobbystar hater. While I will admit I have felt they have some serious issues in their conventions that should be addressed, for the most part I do feel Hobbystar does do the best convention in Toronto. They do appeal to the general populous but you can’t fault them for that. They try to give a majority of the fans what they want.

But if they’d really like to do something to make it up to their fans, have a fan appreciation con but instead of the usual one they put on, pull out a few more stops. Do a mini Fan Expo. Anime, comics, horror and sci-fi, one good solid guest per genre. And free for anyone who has a Fan Expo pass.

How happy would you be?