Well, we are at the end of a decade.

And surprisingly, comics have had a very solid run this decade, on all fronts. As I’ve been doing some research into the decade, I’ve found a lot of interesting material to cover: creatively, business wise, and even some general gossipy sort of stuff.  For the purposes of making it aesthetically pleasing and simple, I will look at the years 2000-2009 with a peek at our comic book future.

So with a lot to go through, I guess it’s time to get started.

There are probably a lot of significant events in comics in 2000 but there was one event that in retrospect became a huge event: the appointment of Joe Quesada as Editor in Chief at Marvel Comics.

At the time, it didn’t seem like a big deal. Quesada took over after Bob Harras during a time where EiCs only lasted around five years at best. The move made sense from a business standpoint as Quesada (along with partner Jimmy Palmiotti) had shepherded a very successful Marvel Knights imprint line for the company.

But little did we know what was to come during his tenure.

The Ultimates line and the MAX adult line began shortly after Quesada’s promotion, both of which brought about some really decent titles. The Marvel reprint program was overhauled into the well-oiled machine it is today. Marvel began taking some risks and bringing in creators we would never have otherwise associated with Marvel comics (Grant Morrison’s New X-Men being a prime example).

I actually did a phone interview with Joe about four or five months after he got the EiC job, and one of the things I remember loving about the interview is that Joe had a passion for the company and for comics that really came out, even over the phone.

And having interviewed him again just a few months ago, I can tell you that fire is still there.

Nothing really huge this year in comcs.

Well, there were a few things that everyone thought were huge at the time. 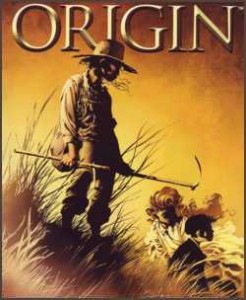 Billed as the “be all, end all” origin of Wolverine, what we got was a very nice little story about Logan that everyone now kind of forgets even happened.  The various folks writing Wolverine: Origins have mined the series quite well, and I’m sure Origin sold very well (at least for the first few issues) but if you asked your average reader about it, I imagine some have forgotten by now, and those who do remember it describe it something like this:

“Wolverine was born in Canada. He was rich and…ran away…I think…and his brother may be Sabertooth…but that’s never really clarified…cause they called him Dog and in the book he has scars that Sabertooth doesn’t have…it was okay.”

The only real lasting influence the book had was that a little of the plot was used for the Wolverine movie. 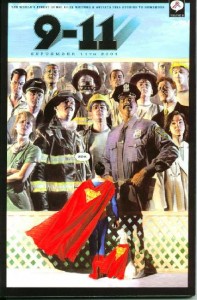 In the wake of the 9/11 tragedy, every major publisher put out special edition books to try and help out various charities. From a comic quality standpoint, the best of the bunch was probably the DC Comics lead trade paperback. My personal favorite was the Destruction story by Neil Gaiman.

2001 also saw the fallout from the X-Men film as a ton of comic book properties got snatched up for film treatment or began filming, including Spider-Man, which had long been thought lost to legal film limbo.

Thankfully, Sony had several dump trunks of money at their disposal that made the legal problems go away.

Wahoo!  Spider-Man is released and is awesome. I distinctly remember walking out of the theater; one of my female friends turned to me and asked

“Maybe, but his responsibilities usually royally screw up his dating life.”

“So he gets screwed over because of his powers?” 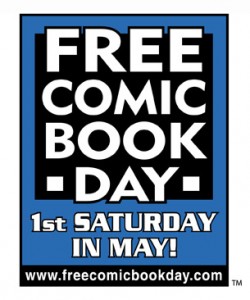 And I was proud to see the movie didn’t change that fundamental part of Spider-Man’s character.  Way to go Sam Raimi!

Also of note, the first-ever Free Comic Book Day coincided with Spider-Man’s release.  This is an idea I love and support to this day.  One day a year, comic shops can expose new readers to comics, or old readers to new comics they have yet to pick up.

Y the Last Man also began its run, bringing a wider demographic of readers into comic shops and the graphic novel sections of bookstores. It became the third in a list of books male comic readers can give to their girlfriends to try and hook them on comics.

Once again, it’s the little things that turn into bigger things.  Case in point, 2003 saw the release of Robert Kirkman’s books Invincible and Walking Dead.

Both are still running strong today, but it was through those books that Kirkman eventually became an Image partner.  It’s also due to these books that Kirkman has tried to rally creators into making new characters.  And when you consider the success of both Invincible and Walking Dead, I think we may see a rise in creator-owned material at Image in the next few years.

Coming Up? Brent Talks about the book that brought rape to comics, a weekly comic and Marvel experiences a Civil War.

Brent Chittenden is a freelance writer based out of Ontario, Canada who also co-hosts Two @$$holes Talking About Nerd Stuff. When not writing or podcasting, Brent trains zebras to do his bidding. It’s pretty easy as they feel slighted by both man and horse.