I am not a fan of Wonder Woman.

While there has been a few shining lights in her various comic series, the character has never struck a cord with me in printed form (more on that later) but I have always felt that there are certain aspects of the character that were really cool. I like the Greek God connection. I love the idea of Wonder Woman being a bit of an outsider among not just the world of man but the world of woman as well. I’ve always thought her inclusion in the JLA was an important one. Not just to keep a female quotient there but also because she measured up with Superman and Batman. Socially a good message as well as a decent toy for the writer’s sandbox.

Now by now, most of you reading this have probably heard about the plans for J. Michael Straczynski’s run on Wonder Woman. Here’s a sample (Taken from DC’s blog as well as the images):

“It’s now nearly twenty years later. Diana has been raised in an urban setting, but with a foot in both worlds. She has little or no memory of the other timeline. She knows only what she’s been told by those who raised her On the run, hunted, she must try to survive, help the other refugee Amazons escape the army that is still after them, discover who destroyed Paradise Island and why…and if the timeline can be corrected or not.” 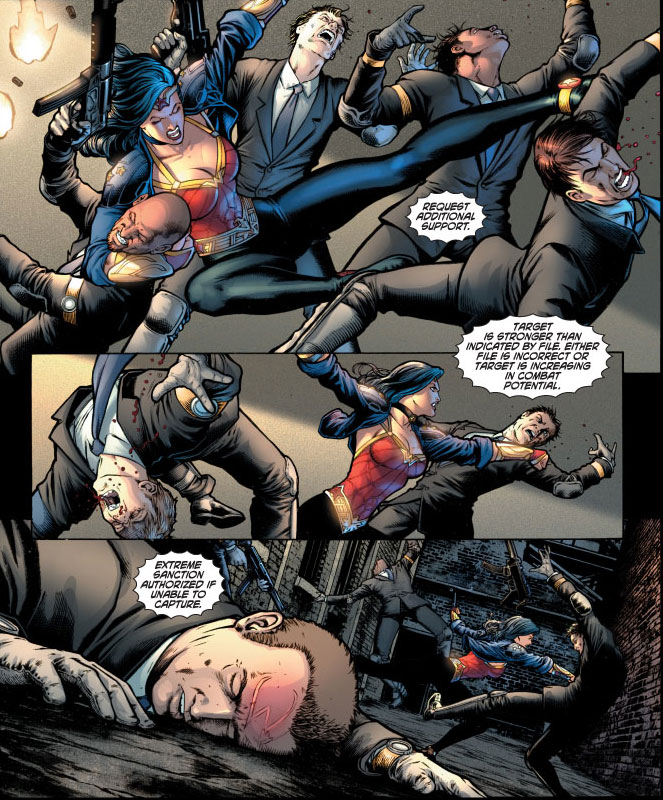 While I am never one to really rain on a writer’s parade, especially one like JMS, who’s work I respect and admire (although I think I’m one of the few people who liked the whole Spider Totem thing he introduced), I’ve got to ask…

I hate time funkery as my friend Dan puts it. It’s a cop out. Always has been. This just screams of being an escape pod. “If the fans don’t like it, we’ve got an easy way out.”. There is no reason this story couldn’t be done in continuity. Paradise Island isn’t exactly friends with the rest of the world at the moment and there are a ton of people, countries, organizations, etc, who would want to control it or get rid of it.

The story itself didn’t sound to bad except for the altering of time stuff. The theme is very Superman-ish but hey, it could’ve grabbed me… except you added that clause that will erase the story from happening the minute another writer gets on it. And while I love The Phantom, Wonder Woman punching guys in the forehead and leaving a big “W” mark is lame.

As for the costume redesign, I agree, an update was sort of warranted. But no offense to Jim Lee, maybe it was an accident but your costume design looks awfully familiar… wonder where I’ve seen it before… 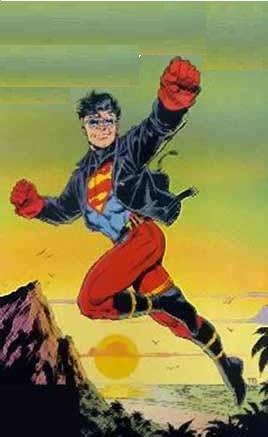 It took me a little bit, but it’s really close.

Wonder Woman was not broken. Making her “urban” doesn’t make her cool. Here’s some food for thought. I’ve only really liked Wonder Woman in three instances. I really like Mark Waid and Alex Ross’s version in Kingdom Come. I love how Wonder Woman is portrayed by Darwyn Cooke in The New Frontier and my favorite, the best version of her is the recent direct to dvd animated film. The thing those three have in common? They stuck to the roots and just did a bang up job of writing it. That’s all. There’s nothing hugely different about the character in any of those interpretations but they were all very well written and cared for.

That’s all the comic needs, a bit of TLC.