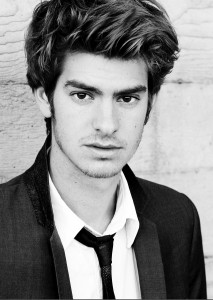 According to The Hollywood Reporter, Andrew Garfield is set to kick Tobey Maguire off his emo throne and take on the role of Peter Parker in the Spider-Man reboot. Garfield whom I admit, is someone I know nothing about, has been in Red Riding and the Imaginarium of Doctor Parnassus. I’m not a huge huge fan of reboots for one particular reason…we’ve gotta see their origin stories AGAIN and I just don’t like having to go through them especially in the case of Spider-Man when it was done fairly recently. Here’s a quote from the jump

The new “Spider-Man” film places Parker back in high school, where he will struggle with the knowledge that his uncle died despite his power to stop it. Maguire, Raimi and the studio made the decision at the beginning of the year to restart the story in a scaled-back fashion.

So…yeah, we’re gonna get another 40 minutes at least of watching Uncle Ben die and more moping around before going after the robber and taking him down in almost the exact same way as in the 2001 flick. I love comic book movies…so why do they have to keep on doing things to hurt me?