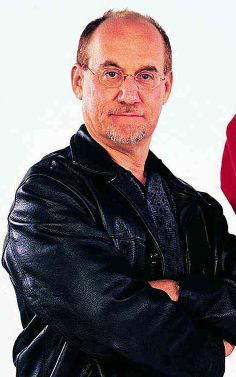 Jeph Loeb has had an odd few years.

He was once one of those critically lauded comic book creators who worked with a who’s who of artists on pretty big books. Then something changed and he’s become the whipping boy of comic critics. While I can’t really get into his work anymore (I do enjoy his Batman runs… but his recent Marvel output leaves me really cold) it seems like he’s more popular than ever.

Well, Marvel seems to be pretty happy with him, and that’s all that really matters (seriously, it seems like every marvel creator has something good to say about Loeb when they’re interviewed.) So it looks like he’s there for a long haul especially considering that he’s now the vice-president of Marvel television.

Marvel has a fluffy interview piece with Jeph Loeb, in which he reveals almost nothing. The small reveals are interesting, though. Loeb says that Marvel is pursuing hour long dramas. He also says that the shows will air on ABC and ABC Family. That’s not  terribly surprising, as ABC and Marvel are both under the Disney umbrella.

The biggest news is that he’ll have some sort of announcement at Comic Con about what shows are coming up. We should known in three weeks what the first live action (modern era) Marvel TV show will be. What are your guesses?