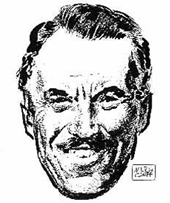 Comic-Con International announced via press release today this year’s nominees for the Russ Manning Promising Newcomer Award. Presented to a comics artist “who, early in his or her career, shows a superior knowledge and ability in the art of creating comics,” the award is named for Russ Manning, the artist known for his work on the Tarzan and Star Wars newspaper strips, and the Magnus, Robot Fighter comic book.

The nominees were selected by a committee consisting of representatives of the West Coast Comics Club and Comic-Con International. The winner will be chosen by past Manning award winners and Russ Manning assistants.

The recipient will be announced during the Eisner Awards ceremony on July 23 at Comic-Con International in San Diego.

If you haven’t had a chance to check out any of these amazing artists, click on there names and visit their websites. I’d highly recommend picking up Stuff of Legends as it’s probably one of the best and most visually arresting books I’ve come across in a very long time.

Past winners of the Manning Award include: