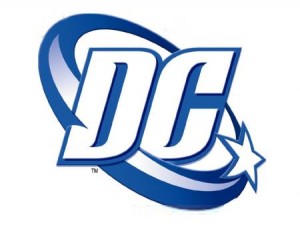 How have you been?

I’m doing okay, I’m not part of a multi-million dollar corporation or anything but I get by.

Listen, I’ve been wanting to tell you something.  It might be a little hard to hear but none of your other friends have been willing to tell you and someone really should.

If something was wrong with me, you’d want me to know right? Like when I wasn’t reading Batman you came over and whispered that Grant Morrison was working on it and I’d feel left out if I didn’t start picking it up.

And you were completely right.

So I’ll just come right out and say it.

Don’t get mad, this is a pretty easy fix.

What’s wrong with it?

Well lets take Batman for example. Do you realize the trade paperback for the Black Glove came out nearly a year after the hardcover did? Even the RIP hardcover (which takes place after The Black Glove) was out MONTHS before The Black Glove trade. Or what about Whatever Happened to the Caped Crusader? That’s been out in hardcover for a while now and you haven’t even solicited the trade yet.

Yes I know I could get it in hardcover but that’s besides the point. I want the trade.

Do I have to bring up Final Crisis? Especially the Aftermath books?

Now I know you can do better then this.  Like look at your buddy Marvel…

But look at how Marvel works it out. They finish a comic and then it goes straight into trade within three months.

I’m sure if you try you can get better.

Aren’t you glad we had this talk?

Brent Chittenden is a freelance writer based out of Ontario, Canada who also co-hosts Two Assholes Talking About Nerd Stuff. When not writing or podcasting, Brent trains zebras to do his bidding. It’s pretty easy as they feel slighted by both man and horse.