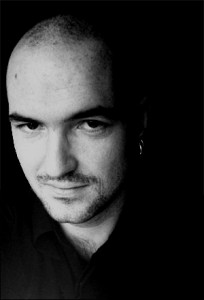 Although the current solicitation was written before it was all signed and sealed at Marvel, Wasteland’s Antony Johnston will start co-writing Daredevil with current ongoing writer Andy Diggle from issue #505 until #507. Anthony Johnston has carved out a niche for himself adapting some of Alan Moore’s works including Light Of Thy Countenance, as well as writing the phenomenal oni series Wasteland.

His Marvel work includes the recently released Wolverine manga Prodigal Son, though it was released under the Del Ray label. This will be his first big Marvel work, and it’s due trust me.

I asked Marvel if I could bring in Antony as a co-writer for this 3-issue arc as I needed to catch up with my deadlines — Antony’s fast and organised, whereas I’m slow and disorganised. We’ve been talking about working together for years — ever since those long-ago get-togethers down the Valiant Trooper, in fact,I’m really chuffed with the way it’s working out. But that’s probably because Antony’s doing all the hard work.

Yeah, Andy and I actually went freelance within a few months of each other, and we’ve chatted several times about working together on something. This is just the first time we’ve had the opportunity to make it happen.

So there you go, as someone who love Daredevil on a rather strange level – nothing makes me happier than a good Daredevil story, and from the way Diggle’s run is shaping up I don’t think I’ll be let down.