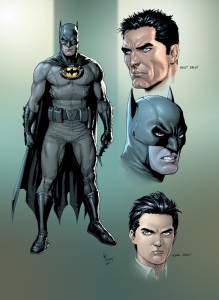 Something tells me I may get hate mail from this one.

But someone has to speak up and say it.

They are graphic novels in “book format”. The continuity will be shared across the Earth One line and the two starting points will be tweaked origins and early days stories of Superman and Batman.

Superman will be done by writer J. Micheal Straczynski with art from Shane Davis and Batman will be Geoff Johns on writing and Gary Frank handling the art.

And to this I say:

“But Brent, you have a basis against DC!”, “Just an 90’s Image fanboy complaining.” “All he reads is Marvel stuff, why else would he not like this idea?”

Just getting a few potential comments out of the way right now.

I am not a Marvel or Image Fanboy nor am I a DC Fanboy.

I am a Good Comics Fanboy.

I like comics when they are good, I could careless about what company makes them. While I don’t buy much in floppy format, my trade selection runs the gamut of companies. I buy Moon Knight, I buy Grant Morrison’s Batman, I buy The Walking Dead, I’m a fan of DC’s new Vertigo Crime line, and I could go on and on (Later this week I’ll list everything I buy on a current basis).

And I’ll be honest, I’m not a big fan of Geoff Johns. I would never say anything he’s done that I’ve read is bad, he’s obviously a talented writer it’s just he’s writing doesn’t click with me. 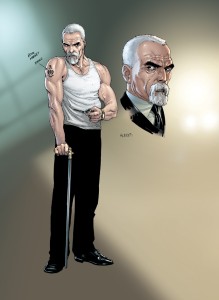 JMS however is real hit and miss.  I either love his work like Rising Stars, Supreme Power and The Twelve. Or I don’t like his Red Circle books or his run on Spider-Man.  And while I don’t think his Spider-Man run will ever go down in history as one of the best runs on the character, I do believe the one thing he did which lead to the current slate of good Spidey titles is that JMS tried something new and something different. And for that I will give him all the credit in the world.

My problem with this concept is more everything else then the actual creative teams.

(For full disclosure, I have not read their interview on Aint It Cool News as it seems there serves have crashed).

Now we have the original origin (1938), John Byrne’s revamp of the origin in The Man of Steel (1986), Mark Waid’s take on it in Birthright (2003) and…wait they’re doing it right now! In modern continuity, Geoff Johns is writing a story called Secret Identity that is yet another revamp, retcon of Superman’s origin.

Now you could make the argument that “Well some people might not know the continuity of Superman so this way they could jump on board with an easy to understand story.”

And to that I say…what are you? High?

My mom has not read comics since she was a little kid. My grandmother may not have ever read comics at all.

I would bet you one hundred dollars that either of them could tell you the basics of Superman’s origin.

In fact as a quick experiment I contacted a bunch of people who happened to be on msn messenger at the time of me writing this.  Now granted some of them are slightly nerdy and some of them could have potentially cheated due to the fact they were online at the time.

Out of those five people I got a hold of, 4 of them were able to tell me either in brief or decent detail Superman’s origin.

Between the comics, the movies, Smallville, cartoons, WE ALREADY KNOW SUPERMAN’S BASIC ORIGIN! IT DOES NOT NEED TO BE REPEATED!

Can you do some more stories of Superman: The Early Years? Probably but why? We already have that in various comics and a tv series.

Now Batman hasn’t been bashed around as much.  While his continuity has taken some twists and turns,  his origin hasn’t really been touched much. You have the original (1939) and Year One (1987) and that’s pretty much it.

Does it need to be retold?

Once again, between the comics, cartoons, and movies, Batman’s origin is really well known and doesn’t need repeating.

To be honest, some of this was also my initial reaction at Marvel’s Ultimate line when it launched a few years back and it would be a fair argument to say this is DC’s attempt at something similar.  And to be fair, if after the origin point these writers could do something new. Ultimate Spider-Man is a prime example of something of a similar idea that not only worked but was the only Spider-Man book worth reading for years. 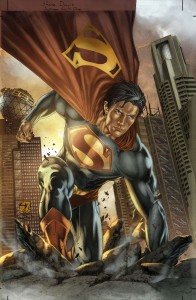 Now JMS I can see doing something new and interesting with the book if it gets past the origin story. Geoff Johns…well…not so sure. He really mines continuity for his stories. Don’t get me wrong, he can come up with some cool ideas but…well…the dude loves his comics history.

Crazy talk I know, I don’t know where on earth I’d get that idea from… oh wait it’s come back to me.

Not only a prime example of someone doing a non-continuity Superman story but arguably one of the best Superman stories ever written. Easily in the top five and I’d dare to put it in at least the top 20 superhero comics of all time. It works because Morrison did what he wanted on the book and didn’t have to worry about anyone else or continuity or any other book on the shelf.

Why not put Johns and JMS on new All Star books? Convert the All Star line into original graphic novels and every time you bring a new crew on, hit the reset button? Make the All Star line synonymous with new stories that you can pick up in one book and read.

But no, we get a rehash of these characters’ origins, books that will be interconnected and the potential of something new…if the first ones sell.