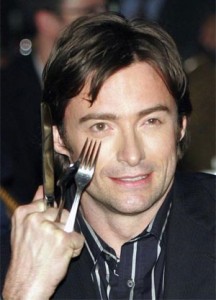 In an interview with HitFix, Director Darren Aronofsky reveals two important pieces of information about his upcoming Wolverine project.

1) The official title is The Wolverine.
2) It will not be a sequel.

Aronofsky refers to the film as a ‘one-off,’ and says it isn’t a sequel in the conventional sense. The title The Wolverine seems to confirm this.  Gone is the X-men Origins moniker from Gavin Hood’s 2009 disaster prequel, and there will be no 2 on the movie posters.

As comic book fans, we’re used to one-offs, and I for one, think this is the best possible scenario for The Wolverine.  Forget X-men Origins: Wolverine.  Forget the X-men Trilogy.  Just tell a story worth telling.  It seems the X-men movie franchise is having the same problems as the X-men comic book series—too much continuity.  I’m a continuity fiend as much as the next fan, but sometimes a story just needs to be a story.  Where does Joss Whedon’s Astonishing X-men fit into continuity? I have no idea.  Parts of it work and parts of it don’t.  It obviously had an effect on the universe but thinking about when and where could make you cross-eyed. Yet, it doesn’t really matter.  It was a good story, and most of the time a good story trumps everything else.  Truthfully, most of my favourite Wolverine stories are one-offs or miniseries.  It’s fun to drop him into a specific time or place and see what happens.  Trying to fit a Japanese saga between Gavin Hood’s Origins and Bryan Singer’s X-men, limits the possibilities, and with a franchise the fans have nearly written off, limiting your possibilities is probably a bad plan. Darren Aronofsky has brought us Requiem for a Dream, The Wrestler, and this year’s Black Swan. I can’t wait to see what he brings to The Wolverine.