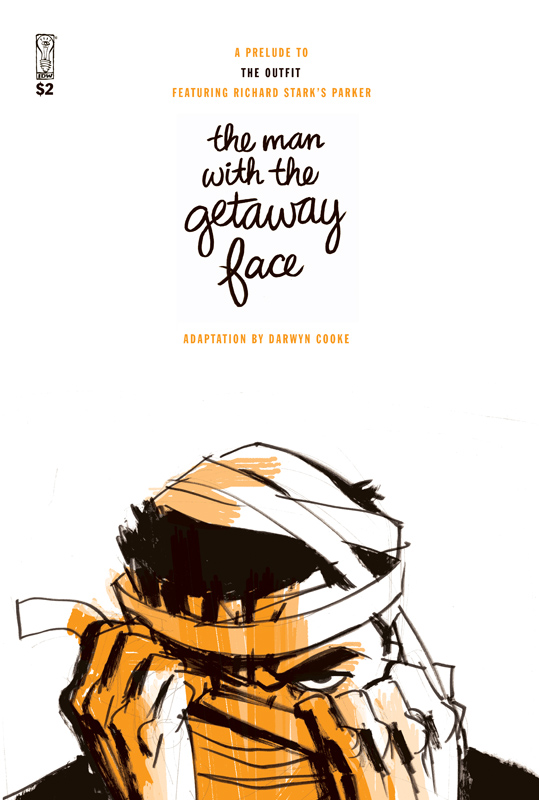 He talked about it in our interview a while back and now it’s official:

IDW Publishing and award-winning creator Darwyn Cooke are pleased to announce an exclusive prelude to The Outfit, the second of Richard Stark‘s Parker novels that Cooke is adapting. Cooke‘s initial Parker release, The Hunter, has been a critical and popular success, appearing on over 50 “best of the year” lists as well as the New York Times best-seller list.

Titled The Man With the Getaway Face: A Prelude to the Outfit, a limited number of copies will debut next week in San Francisco at WonderCon, one of the country’s leading comics and pop culture conventions. This 8″x12″ preview book offers one entire chapter of The Outfit and will be included in the finished graphic novel, coming in October. Available for the bargain price of $2.00, the prelude will offer fans a beautiful introduction to The Outfit. Cooke, a special guest of WonderCon, will be on hand to sign copies at the IDW booth #519. WonderCon will be held April 2nd through the 4th at the Moscone Center.

“The Man with the Getaway Face special is a fun and inexpensive way for new readers to check out Richard Stark‘s famous master criminal,” commented Cooke. “It’s our hope that this oversized, underpriced kidney punch will pull them in to the violent world of Parker.”

In addition to debuting at WonderCon, the preview will be available in comic stores everywhere in July at the same low price and large size. Retailers should check the IDW section of the Diamond May Previews catalogue for details.

“We wanted to do something to make this preview special, something to make Darwyn’s incredible work really pop off the shelves,” said IDW Special Projects Editor, Scott Dunbier. “And at this size and price point, I think we’ve succeeded!”