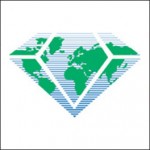 A truck carrying comic books to the Plattsburgh, New York distribution warehouse has been involved in an accident and Diamond has warned accounts getting deliveries from Plattsburgh that delays, allocations and shortages can be expected next week.

The incident just compounds the troubles Diamond has been experiencing this week. The company’s headquarters in Timonium, Maryland have been shut down for most of the week due to the huge snow storms that have hit the east coast. Retailers were unable to access the Diamond web site for much of the week. Almost all web functions are now up and running.

It’s best to contact your local comic book retailers to find out if they expect any delays or shortages with their next week’s shipment.