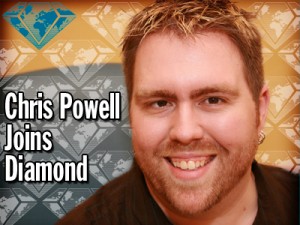 As I write this mycomicshop.com is aggressively trying to bust into the top echelon of the comic book auction sites. It’s going head to head with the likes of Pedigree Auctions, ComicConnect and Comiclink and it has been making some strong gains. Aggressive marketing and incentives like 0% commission for selling your good books on their site are working. Mycomicshop.com is also aggressively buying run of the mill common books to satisfy the demand from collectors trying to fill in their runs, their website has quite the elaborate buying list menu. Of course mycomicshop.com is also one of the largest new monthly comic mail order companies in the U.S. Lone Star Comics also successfully manages 6 brick and mortar locations in the fine state of Texas.  Mr. Powell and the gang at Lone Star have done a lot of work over the years and their successes have been no accident.

If you throw in the facts that Mr. Powell was a founding board member of the much respected comic retailer organization ComicsPro and was President of the Comic Book Legal Defense Fund it’s easy to see why Diamond is so high on this guy.

Mr. Powell main job at Diamond will be helping brick and mortar shops succeed. He’ll be implementing programs that retailers can use to expand their businesses including incentives to add additional brick and mortar locations. To what extent Diamond will support their new hire’s ideas is unclear but from reading Mr. Powell’s bio I think Diamond will have their hands full just trying to reign this guy in.

The success of DC’s New 52 has really given the whole comic book industry a much needed boost. I can trace the origins of Diamond’s move to hire Powell to DC’s re-launch success.

Before DC’s New 52 the comic book industry, especially monthly comics was in a well established decline. It was a slow gradual decline that everyone in the industry seemed resigned to. It just seemed like everyone was waiting around for a slow and inevitable death.

Fast forward to today and we’re hearing all the major publishers actually optimistic about the future of monthly comics. Of course the company with most to gain from a healthy monthly comic book market is Diamond Comic Distributors. I think Diamond has been buoyed by the past 5 months, and why not, there’s nothing like seeing fat and juicy invoices being sent to comic shops every week and it’s even better when the shops are selling through their product and actually paying the invoices off! The more monthly comics they sell to comic shops the better they do!

It’s like Diamond has rediscovered that brick and mortar stores are actually important to their future prosperity/survival. They’ve now aggressively gone out and hired a bright young star to shore up and even expand the still large but ever shrinking base of brick and mortar accounts.

In these blogs I’ve always said that falling comic sales was just as much a distribution issue as it was anything else. Slowly through attrition (and poor business practices) comic shops have been declining in numbers, old stores close but no new stores open. You now have something like 2000 plus places in North America to go buy your latest issue of Fantastic Four, 20 years ago you had 4000 plus places to go. Less outlets selling your products equals lower sales in the world of comic books.

These days though a viable comic shop looks a lot different than what a viable comic shop looked like 20 years ago. Initial investment has to be a lot larger and the pop culture product mix has to be a lot wider. I’m assuming Mr. Powell will first concentrate on convincing existing successful comic shops to open more store fronts. This is something Powell understands first hand seeing he helped run 6 shops for Lone Star.

We look forward to filling you in with steady updates on the progress of Mr. Powell’s new endeavor.