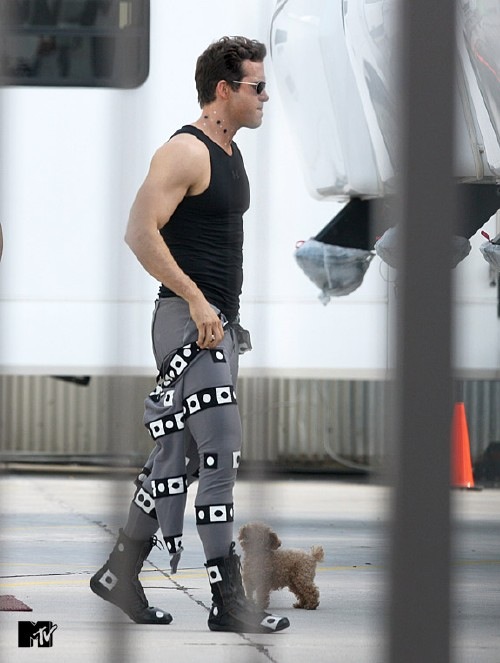 A little more than a year away from the release of Green Lantern, it appears as if the official synopsis for the highly anticipated Warner Bros. film has hit the Internet.

Comic Book Movie has the information on the Martin Campbell-directed adaptation, courtesy of promotions company Allied Integrated Marketing. Here’s the meat of the synopsis:

In a universe as vast as it is mysterious, a small but powerful force has existed for centuries. Protectors of peace and justice, they are called the Green Lantern Corps. A brotherhood of warriors sworn to keep intergalactic order, each Green Lantern wears a ring that grants him superpowers. But when a new enemy called Parallax threatens to destroy the balance of power in the Universe, their fate and the fate of Earth lie in the hands of their newest recruit, the first human ever selected: Hal Jordan.

Hal is a gifted and cocky test pilot, but the Green Lanterns have little respect for humans, who have never harnessed the infinite powers of the ring before. But Hal is clearly the missing piece to the puzzle, and along with his determination and willpower, he has one thing no member of the Corps has ever had: humanity. With the encouragement of fellow pilot and childhood sweetheart Carol Ferris (Blake Lively), if Hal can quickly master his new powers and find the courage to overcome his fears, he may prove to be not only the key to defeating Parallax … he will become the greatest Green Lantern of all.

Sounds pretty epic in scope. I have very high hopes for the Green Lantern film and think that it could work really well if they start introducing more and more Green Lanterns!

Green Lantern could be a pretty good set up film, I’d love it if we’d see more and more different creators and eventually do a film without Hal Jordan at all. It’s not likely that we’d have a whole movie starring G’Nort in a Die Hard style situation on a space ship, but I’d still like to see it happen.