It’s kind of interesting that next summer the two big superhero films coming out are not exactly your typical capes and tights fare. Thor is more of a mythical and hard-to-explain type of superhero, while Green Lantern is a Space Cop surrounded by aliens. GL is the type of film that is made or broken by it’s surrounding characters. People that love the comic are just as interested in Ch’p, Mogo, Bzz’t and Katma Tui than they are in Hal’s adventures.

That’s why I’ve sort of reserved my opinion on the GL film until I saw some of the supporting characters. and then today Comic Book Movie has posted a first look at Kilowog (the dude above) the drill sergeant of the GL Corps. 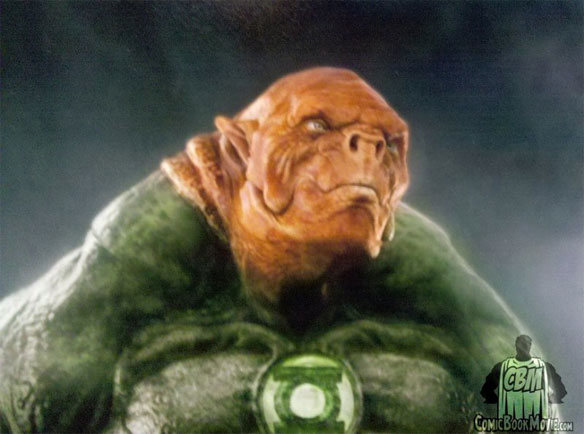 So he doesn’t look like a muppet.. and it’s still keeping with the whole ‘uniform as a natural extension of my body.’ Almost like a symbiote.

What do you guys think?