Marvel has released the following teaser image featuring Nova flying through the rooftops of Hell’s Kitchen. The only text accompanying the image was the question “Who will be the new Man Without Fear?” along with the declaration of “Shadowland” changing the Marvel Universe.

I’m going to be completely honest with you, for the last few years since I’ve discovered Franco Francavilla I’ve wanted him to illustrate Daredevil. (Especially if it was written by Jason Aaron.

but a Nova in Hell’s Kitchen will do for now.

Who Will Be The New Man Without Fear? 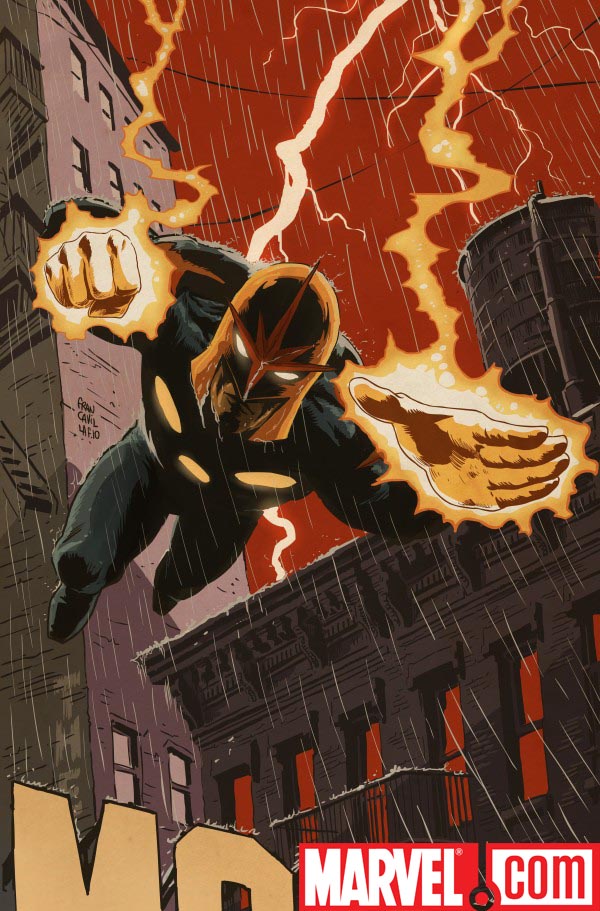