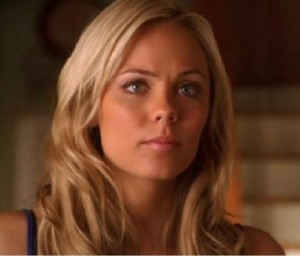 Toronto, Canada – May 9, 2013 –Captain Canuck Inc. and Smiley Guy Studios announce the addition of Laura Vandervoort to the Canadian superhero web series’ cast as the voice of the enigmatic Blue Fox.

“We are thrilled that Laura is joining our cast. Adding her to the team of voice talent with Kris and Paul is a dream come true,” commented Dean Henry, Creative Director at Captain Canuck Inc. He is equally excited about the progress of the web series: “The scripts are in great shape and we’ve launched formal production. It’s very gratifying to see a labor of love start to really come together.” 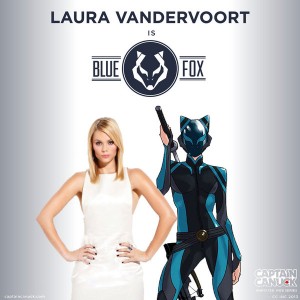 Vandervoort’s character, Blue Fox, is an elusive and deadly mercenary. Little is known about her background, but the most dangerous aspect of her character maybe her shifting allegiance, which attracted Laura to the role: “I’m really intrigued with the mystery behind this fierce female character. She’ll definitely be giving the Captain a run for his money.”

The five part animated series will debut online at www.captaincanuck.com on July 1st, 2013 and is being funded entirely through fan support on the popular crowd-funding portal, Indiegogo. Contributions can be made at