I’m a trade waiter for Daredevil so I have yet to experience the Diggle era. I’ve heard really good things and being a fan of Andy Diggle I’m willing to sign on for what seems like a bit of a Marvel street level character event – even though Matt Murdoch has managed to stay out of all big crossovers since the Marvel Knight Relaunch.

While not much is known about Shadowlands – the solicitation reads thusly:

Matt Murdock Dared Evil…and Lost!
The battle for the soul of a hero begins! Pushed beyond his limits, Daredevil faces off for a final time against his deadliest foe–Bullseye– in their most brutal battle ever with more than just Hell’s Kitchen is at stake. Spider-Man, Luke Cage, Iron Fist, Punisher and more join forces to stop a war that is breaking out throughout New York, with Daredevil at the center. This event will change the streets of New York City—and the heroes that protect it—forever. Plus, a jaw-dropping final page that will have everyone talking for years to come!

So while it does seem a little over the top and redundant of pretty much every solicitation for a major event that Marvel has ever had, this one does have the guiding hand of Andy Diggle. So I’m willing to give this one the benefit of the doubt.

Marvel Comics has released the first of what’s sure to be many teasers for “Shadowland,” the new miniseries by Andy Diggle and Billy Tan that’s billed as the “battle for the soul of New York.” 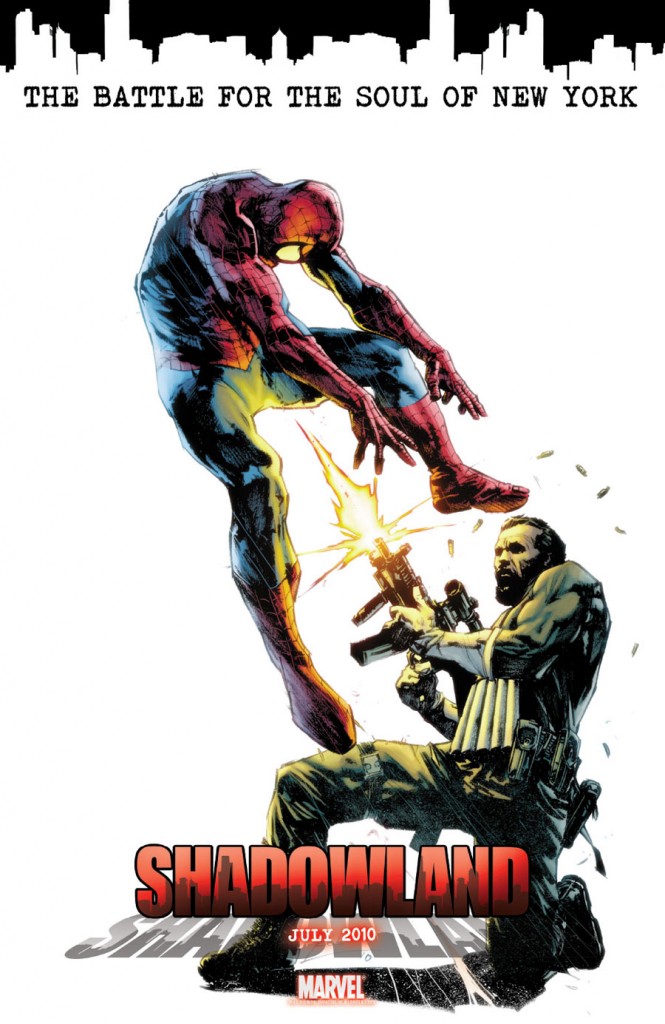