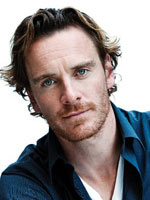 The Hollywood Reporter has confirmed that Michael Fassbender will be playing Magneto in the X-Men franchise reboot First Class. First Class looks at the origins of the X-Men and the first meeting between Professor Xavier who will be played by James McAvoy. Personally, I’m not a huge fan of doing reboots on  franchises that are not really all that old. Especially when your latest movie in the series (the Wolverine one) is less than 2 years old. I think the problem with the movies is that they painted themselves into a corner with the events of the craptacular third one with the death of Cyclops (He really died like a chump), Xavier, Jean Grey (again!) and the only way to get themselves out is to start all over again. The funny thing is the comic book industry has been using the characters for dozens of years without too many problems. Most reboots of comic book titles don’t involve wiping away years of history to make it work…except for One More Day. I guess the point of hire some frigging comic book writers to make your frigging movies or at least oversee and have the final say on the writing (good ones though like Vaughn, Brubaker and Bendis. Not Jeph Loeb on Heroes). Oh yeah and back to the actors…I don’t know them except for McAvoy in Wanted so maybe they’ll be good?