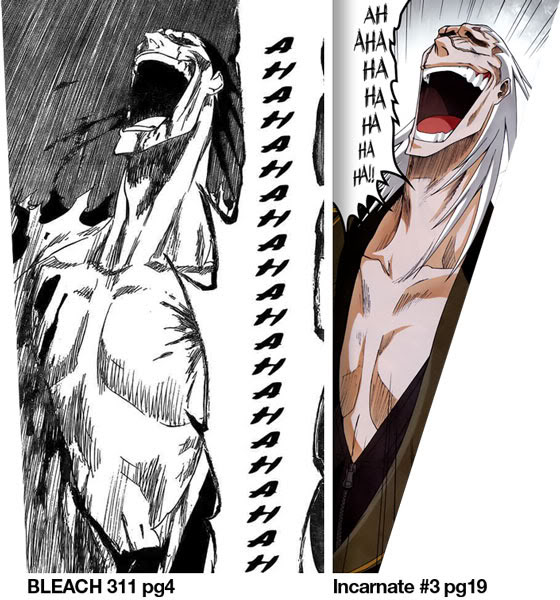 Nick Simmons, artist of Incarnate, which contains panels copied from Bleach and other manga, has released the following statement via a representative:

“Like most artists I am inspired by work I admire. There are certain similarities between some of my work and the work of others. This was simply meant as an homage to artists I respect, and I definitely want to apologize to any Manga fans or fellow Manga artists who feel I went too far. My inspirations reflect the fact that certain fundamental imagery is common to all Manga. This is the nature of the medium.

“I am a big fan of Bleach, as well as other Manga titles. And I am certainly sorry if anyone was offended or upset by what they perceive to be the similarity between my work and the work of artists that I admire and who inspire me.”

Nick Simmons basically just said that he’s awesome and he’s inspired by Manga titles and that basically most manga is pretty similar so stuff like this happens. Simmons is sorry that people who noticed all of Incarnate’s swipes were ‘homages’ which he claims are “fundamental imagery common to all manga.” Meanwhile, this story has been picked up by the New York Times.

Next time there’s a Nick Simmons post I’m just going to copy and paste from icv2 or comicsworthreading, not to make a point, but because I no longer care.