Warning! Spoilers for Garth Ennis’ Battlefields books be ahead! Proceed with caution! 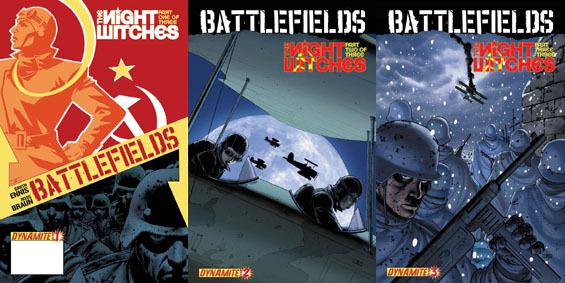 I suppose now, that the Master’s major research project has been accepted, that I’m something of a comic book scholar when it comes to the representation of women in comic books (well, at least Jean Grey in the X-Men comics and movies).

I’m not your stereotypical “feminist”, mind you. I mean, anyone who’s spent any time with me when I was manning the counters at my local comic shoppes knows how big of a screaming fangirl I am for Garth Ennis. And, for a time, Ennis’ infamous laddie-humour (i.e. dick and fart jokes) made it a little difficult to reconcile my feminist ideals with my love of his work.

But, let’s face it. Ennis writes some of the most powerful, kick ass women in comics – Tulip from Preacher, the Female of the Species from The Boys are just two examples. And that’s not to say that they’re perfect. That’s the best part: like real human women, Ennis’ characters are flawed. And it’s despite those flaws that they’re still awesome and powerful chicks. 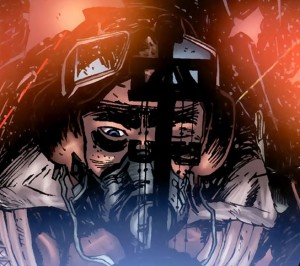 I don’t think I realized that until I read and re-read Battlefields Night Witches and Dear Billy. In both these tales, Ennis takes a woman’s perspective on war back when women’s roles in war were limited. Very few women in World War Two – save for nurses and women in the Soviet army – saw “official” action on the front lines. Most were still keeping the home fires burning and working what had been “men’s” jobs in order to help the war effort (Rosie the Riveter, Wendy the Welder, and Ronnie the Bren Gun Girl are typical examples). These limited roles, it was hoped, helped to shield women from the horrors of war. Only later would we learn that many women faced those horrors as combatants and not just victims of war. Many brave European women who joined resistance movements to fight against their Nazi occupiers as well as tales about the deadly Soviet female fighter pilots and the female Soviet Snipers (Lyudmilla Pblicenko killed 309 while Nina Lobkovskaya killed 308).

Battlefields Night Witches tells the story of is about the Soviet’s squad of female fighter pilot teams (there were 40 when the squad was its biggest) that the Nazi’s labelled the Nachthexen. Their night-flying escapades and bombings were successful and the squad was the most decorated in all of the air force despite the fact that they were using outdated and ill-equipped bombers (for example, their planes only held two bombs at a time, so these courageous women had to fly multiple missions every night in order to be effective). 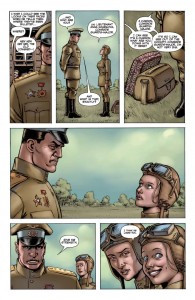 Now, granted, the real Night Witches DID kick a lot of proverbial ass. And they were fighting Nazis. To be fair, you’d have to be Dave Sim level of misogyny for these characters not to rock some collective feminist socks off. But Ennis deftly and sensitively details how the horrors of war and loss changes Anna Kharkova from a pilot to a warrior. From a girl to a woman.

Perhaps, Ennis’ skill with writing women well is with the latter tale though. Dear Billy is similar in tone to a revenge tragedy. Carrie is a nurse from Singapore who is raped and shot by Japanese soldiers. Left to die, she is rescued and recovers physically from her injuries. The tale, told in epistolary form as a series of flashbacks, details Carrie’s job as a nurse and her chance meeting Billy, who too has survived being bayoneted 19 times. He keeps the truth from Carrie, who does not disclose the full details of her ordeal with the Japanese. However, it eats away at her. She kills two Japanese POWs under care at the hospital where she works. Eventually, the Atomic Bombs at Hiroshima and Nagasaki put an end to the war. Faced with the enemy no longer suffering as she had, Carrie takes her own life.

Now, one’s immediate knee jerk reaction is that Carrie is your typical embodiment of the old adage: “Hell hath no fury like a woman scorned.” She can’t possibly understand – or empathize – with combatants of war and is reduced to a vengeful hysteric. 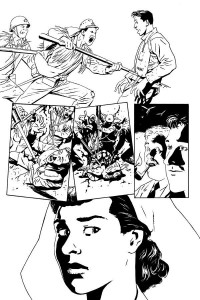 But if you know anything about trauma – of any kind – and if you’re willing to put yourself in her shoes for a moment – think about it, you’re a non-combatant, trying to get out of harm’s way. You get captured, are raped (perhaps more than once), and then are machine gunned. Left to rot in the water. That profound loss of control pushes Carrie to seek revenge. To assert what was brutally ripped from her. To recover and heal while telling no one of her trauma. I would argue that her inability to come to terms with her attack comes from this silence – she is unable to grieve the loss of the part of her who died on that beach.

Rape as a tactic of war has been used since ancient Greece. In World War II, there were a number of instances of the use of rape as a military strategy. The Soviets used it when they conquered Berlin and the Japanese used it. The purpose of using rape as a military strategy is wholly psychological: humiliation and degradation. A coup de grace, as it were; waging war on the battlefield and on the home front.

Perhaps this is why Carrie – unlike Billy or other male soldiers – can forgive their Japanese combatants. For them, it was nothing personal. They were soldiers in a war. It’s to be expected that the other side would try to kill you in the most brutal way possible. But, for Carrie, it wasn’t expected. It was the most personal of acts and the most devastating, robbing her of her identity. Of who she was and who she thought she was. Her inability to reconcile that loss, connected so closely with the public justice that is denied to her, ultimately lead her to seek private vengeance. In the end, what struck me about Dear Billy was the great debt that it owed to Elizabethan-era revenge tragedy. Ennis deftly attempts to reconcile the morality of the private act of revenge during a very public war. 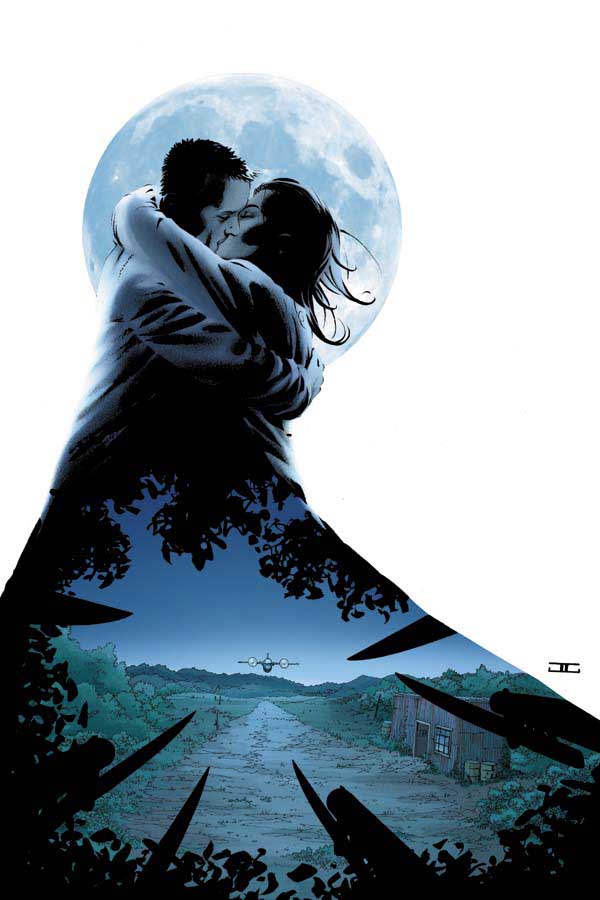 Shelley Smarz is a life long comic book fan. She’s currently attending the presdigious Ryerson University. Her Master’s thesis is on Jean Grey, but that seems almost wrapped up. Maybe we can try to convince her to study the feminist perspective in Preacher.