It’s all over the interwebs in comicdom that it’s very likely that Edward Norton will not be reprising his role as Bruce Banner in the Avengers movie despite other reports that he was excited to be part of the franchise. Whether or not this happened as a result of his paycheck or an agreement with Whedon over his role in the film remains to be confirmed.There are reports that Marvel is looking to cast an unknown into the role which would seem kind of odd since you have so many other notable actors in the roles. This could just be another way of saying they just want to pay someone less money or try to knock down Norton’s price a bit.

Here’s also an excertp from an e-mail hitfix.com got from the head of Marvel films.

“We have made the decision to not bring Ed Norton back to portray the title role of Bruce Banner in the Avengers. Our decision is definitely not one based on monetary factors, but instead rooted in the need for an actor who embodies the creativity and collaborative spirit of our other talented cast members. The Avengers demands players who thrive working as part of an ensemble, as evidenced by Robert, Chris H, Chris E, Sam, Scarlett, and all of our talented casts. We are looking to announce a name actor who fulfills these requirements, and is passionate about the iconic role in the coming weeks.”

The usual PR bs, but it’s some more confirmation that we won’t be seeing Norton as the Hulk. But to be honest, I am not sure if this is going to be a big deal after all. Most people interested in the Avengers don’t really wanna see Bruce Banner, they want to see the Incredible Hulk tearing shit up. Which sort of relates to all the times in the Iron Man movies when the actors in the armored suits felt the urge to take off their faceplates to talk to each other? Like when Whiplash shows up at the end and almost gets shot in the face right away? 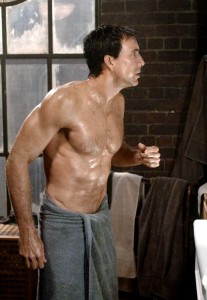 “I’m not knocking the first one, whatever people think,” he went on to explain. “I stand by that movie as well. I thought it was like a Faustian fairytale, like, if Disney were to make a movie about Faust, it would be in that vein, like a Western and a little lighter.”

Well, there’s no need for you to knock the first one maybe, but there sure is a need for us to. It wasn’t an awful movie, but you have to admit that it could have been a lot better and maybe made more sense. Like, why did that gravedigger Ghost Rider flame up and ride with him and then just turn around and ride away when they arrive? Why not just give him a frigging map or tell him where to go? Maybe they were breaking with the tradition of the mentor character coming to the hero’s aid at the end and dying? But anyways we got some confirmation about Ghost Rider 2.

And finally, good old Michael Caine has possibly confirmed to the digitalspy.com that the third Batman movie by Nolan will begin filming in April of 2011 with a release date of July 2012.

Batman 3? Hell yeah, it’s gonna be insanely difficult to top the Dark Knight but so far, each one has been better than the last so the next villain knows they will have to bring their A-Game to the role.