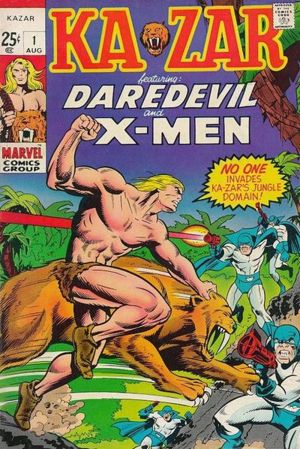 Ka Zar of the Savage Land was sort of a cross between Tarzan and Conan. He was fighting savage beasts with his trusty Sabretooth cat Zabu in almost every issue that came out. 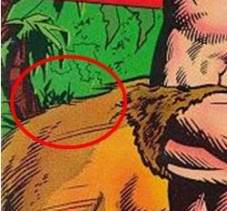 As with a lot of the covers to Ka-Zar, the premiere issue had our hero in a lush tropical, jungle setting. So what is so crazy about this? Well on this particular cover, the artists decided to try and sneak some profanity by the censors. Well, they did a pretty good job because the comic was printed with the word “fuck” hidden in the grass. The “F-Bomb” was hidden so well that we can’t really blame the editors on this one. They did a pretty good job of disguising it. We can see the word just above Zabu’s hind quarters. It’s blended in with both the cat’s fur and with grass behind it.