Diamond have been given this teaser image to release with the following solicitation for the previously solicited-with-no-information upcoming Siege spinoff frok Marvel, Fallen. 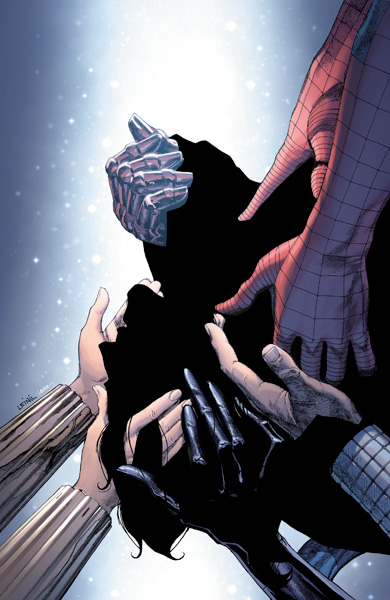 The SIEGE has ended and taken its toll on both sides of the battle field. The event seven years in the making has claimed many lives, and in this, its final chapter, a universe comes together to mourn (CLASSIFIED).  The shocking death that ended the fight and gave birth to a new Heroic Age is remembered as a writer (CLASSIFIED) returns to lead the farewells.

Which looks very much like Sentry of course. Who has been having quite a rough time of it mentally or late. And as some point out, all you need is Paul Jenkins’ name attached to make it a shoo-in.

But let’s be serious for a few seconds; Sentry is a fun character and lots has been done with him recently, but for a very long time it seemed that he was more of a hindrance. This is the most powerful being in the world, World War Hulk should have literally taken all of ten minutes – send in Sentry, kick him into the sun – but no, that makes for crappy events.

So instead we’ve had them spend a few panels explaining away using the Sentry and the event continues.

oh and is that Dr. Doom’s hand holding Sentry’s cape?