I’ve been kind of following the recent batches of the Marvel teaser images. To Marvel’s credit, they’ve done a rather good job with them, especially the recent Spider-Man jigsaw puzzle image.

But now the internet comic community is a buzz with the recent X-Men teasers that have been popping up. So in the spirit of speculation, I thought I’d give my two cents. 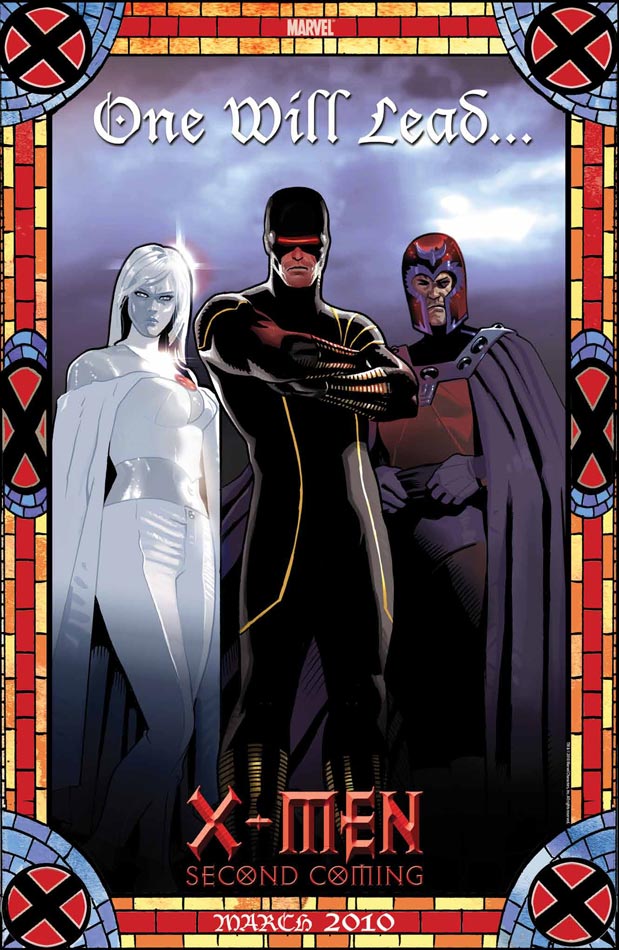 The first one shows us Emma Frost, Cyclops and Magneto with the title “One Will Lead.”

Assuming they’re talking about a character that’s in the teaser, I’d say Magneto ends up leading the X-Men for a while. Magneto tends to lead the X-Men every once in a while (usually after he’s been dead for a bit) and since he’s about due and been making in-roads into being a full time good guy (for the time being), it makes sense. If the leader in question isn’t in the image, Kitty Pride would be my next guess. She’s coming back from being a part of the space bullet, she was getting the hang of giving orders before she left also I’m pretty sure that with the next image, we get a clue to Emma’s future status. 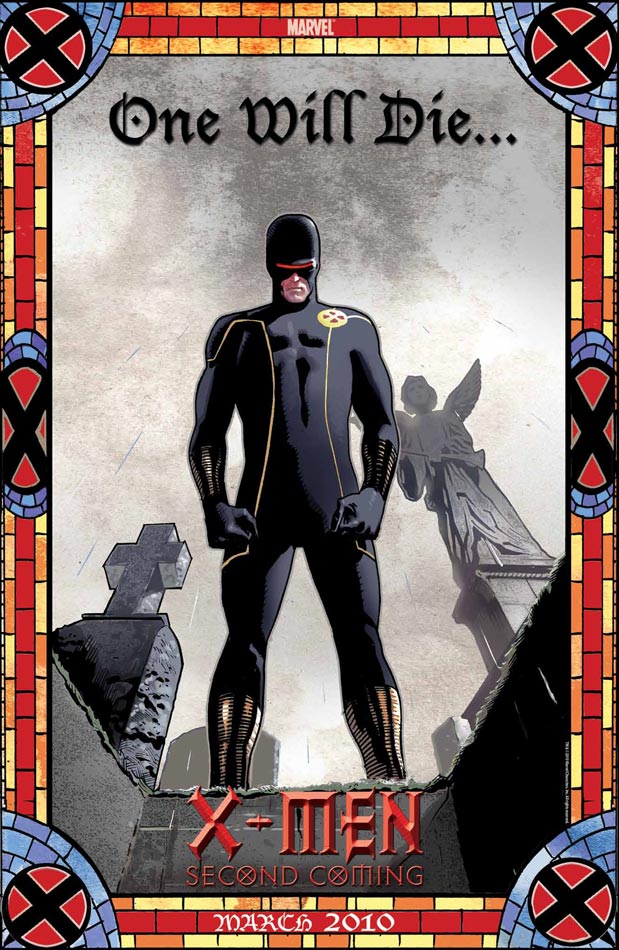 “One Will Die” is the title of our next promo image and we see Cyclops over the grave of…Emma Frost.

Well okay, that’s just my guess but think about it, from every point of view it makes sense and won’t completely annoy the readership.

Emma’s my candidate for taking the dirtnap because:

I could be wrong but quiet honestly both Cyclops and Magneto have both been dead a number of times, Magneto has been dead real recently and the readership probably wouldn’t care as much if either of them fell. Emma however is pretty ripe for the picking.

And hey if I’m wrong, feel free to call me on it.