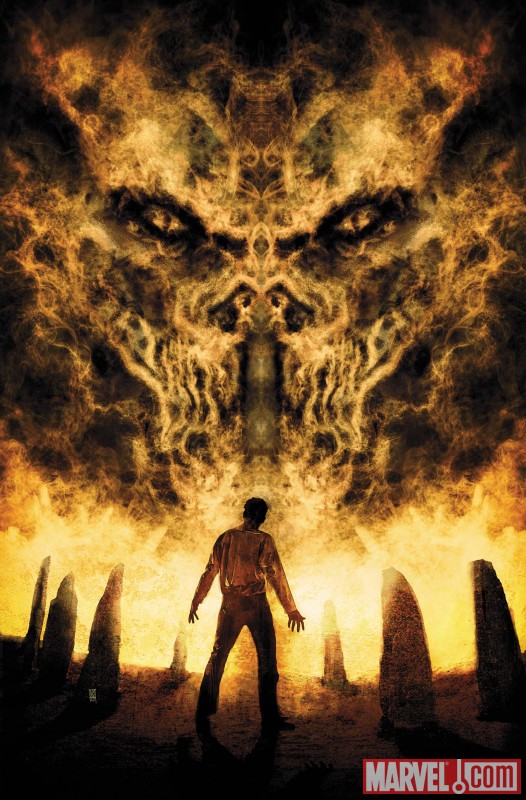 Marvel is proud to announce STEPHEN KING’S “N.” #1 (of 4), a new graphic fiction adaptation of the bestselling author’s chilling short story in his recently-released collection, JUST AFTER SUNSET. The blockbuster creative team of Marc Guggenheim and Alex Maleev, also responsible for the red-hot Stephen King’s “N” Motion Comic, tell the story of something terrifying hidden in Ackerman’s Field. A bizarre arrangement of eight stones keeps a nightmare contained, but when–in the eye of an unfortunate beholder–the eight stones become seven, the fabric of what we think is real begins to shred, and an unbearable doom seizes the mind.

“It’s absolutely thrilling for Marvel to be working on ‘N.’ again and having the honor to publish it as a comic book miniseries,” said said Ruwan Jayatilleke, Marvel Senior Vice President, Development & Planning, Print, Animation and Digital Media. “Both as a fan of the story and a producer on the ‘N.’ motion comic, I am absolutely psyched for the terrifying ride that Marc, Alex, and the editors have planned for readers!”

It’s the graphic fiction adaptation demanded by fans all over the world– STEPHEN KING’S “N.” begins in March and no horror fan can afford to miss this alarming tale!