Rumors and misinformation fueled by things like fan posters have been flying left and right about Nolan’s third Batman movie, which will have a lot of work to do in order to live up to the Dark Knight. The most widely believed choice of villain was the Riddler. To me, he seemed to be a very unlikely choice. The Riddler seems very similar to the Joker in terms of theme, and it wouldn’t really make sense for them to do back to back villains of that nature. If anything, I think they would go with a more direct villain than a schemer. The HeroComplex blog spoke to Christopher Nolan recently and confirmed the name of the movie which will be The Dark Knight Rises and that Riddler would not be the villain. We can also cross Mr. Freeze off the list of potential villains. Given the dark feel of the movies and that the combat isn’t typical action fare where the hero goes into fisticuffs with an evenly matched foe, it helps us narrow down the potential villains. We can also factor in confirmed actors such as Tom Hardy to help us choose who they could be playing. There are so many Batman villains out there with potential. But based on current cast and belief that we’re not going to see a scheming villain the top villains I am going to guess on are:

Deadshot: Not a major melee combat villain but a ranged marksman that Tom Hardy would be perfect for with a rogue-like demeanor. 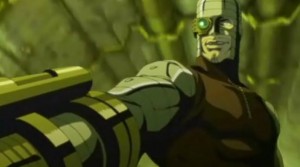 Black Mask: He’s a little bit of a longshot but he’s a gangster type with a twist that could fit into the Nolan Bat-verse. 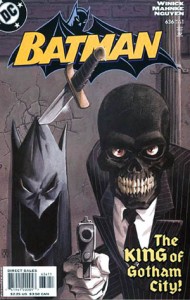 Killer Croc: He’s another one that has seen a whole lot of internet buzz going on. I think there’s a decent chance with him. His origins aren’t extremely far fetched and they need a rough and tumble villain for Batman to fight with. 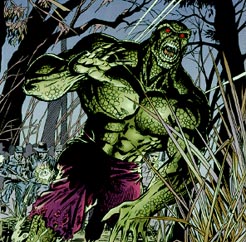 Oh yeah and definitely no 3D for the Batman movies. It’s going to be IMAX all the way!