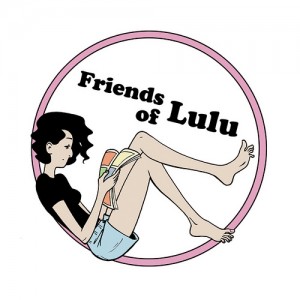 The Lulu Awards recognize the people and projects that help open the eyes and minds to the amazing comic and cartooning work by and/or about women.

You can check out the entire list of talented nominees here or you can see a snippet of them below.

The following is a list of the nominees for the 2009 Lulu Awards. The Lulu Awards recognizes the  the people and projects that helped to open eyes and minds to the amazing comic and cartooning work by and/or about women.

VOTING IS NOW OPEN TO THE PUBLIC FOR THE LULU AWARDS!! Email us with your picks (one from each category) at

along with your full name, by Monday, OCTOBER 19. One ballot per person, please.

The winners will be revealed in November at a date & venue to be announced soon on this website.

This year’s judges are:

UPDATE: Due to an error, Sabrina Jones was nominated in the “Best New Talent” category. Sabrina has actually been on the comic scene longer than the required three years maximum, but we would still urge you to pick up her critically-acclaimed Isadora Duncan: A Graphic Biography. Anybody who has already voted for Sabrina will be contacted and offered another chance to vote for this category. We apologize for any confusion this may have caused.

And now here are the nominees for the 2009 Lulu Awards:

(must have first published work within the last three years)

Lulu of The Year

Lynda Barry, What It Is

(nominees work in the comic industry in non-creator roles such as editing, publishing, reporting, or retail)

The Female Cartoonists And Comic Book Writer’s Hall Of Fame

CLAMP, Chobits, Kobato, Cardcaptor Sakura, and many many more