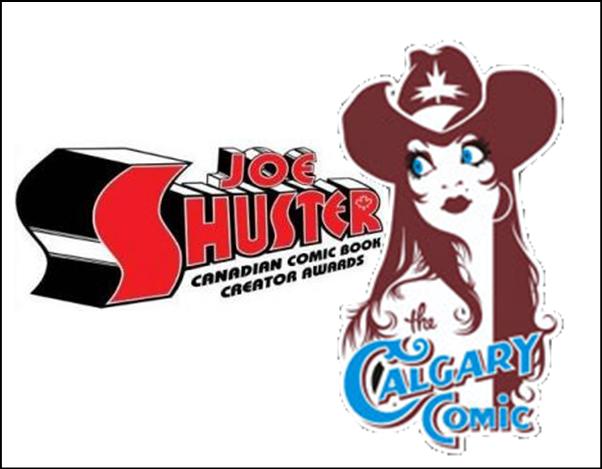 Peter DeCourcy: What brought on the decision to move from Toronto to the Calgary Comic Con?

Kevin Boyd: Presenting the awards outside of Toronto has been a topic of discussion since the awards were founded back in 2004-5. For various reasons we kept the awards ceremony in Toronto for the first 6 years in order to concentrate on building the infrastructure and support system and the process itself, as well as our reputation for reliability and consistency of efforts. We’ve also been waiting for some events outside of Ontario to be of the size and scope to meet the needs of the Association, and the Calgary Expo – which launched around the same time we started the awards – certainly does. I went there in 2008 for the express purposes of scouting it as a potential location for a future ceremony and liked what I found there, and the rest of the team has been all for it.

Peter DeCourcy: Will we be seeing a gradual attempt to move the Joe Shuster Awards around the country?

Kevin Boyd: Yes, that is the plan. We are looking very closely at Montreal, Vancouver, Halifax and possibly Winnipeg as future host cities. We are a national award and we want to go to the various communities across the country and connect with them. We don’t want the Awards looked upon as just being specific to a single convention or city.

Peter DeCourcy: Will the ceremony return to Toronto next year, or are you currently looking at other venues, depending on the reception of this years?

Kevin Boyd: If Calgary works as well as we hope, we are looking very closely at Montreal and the Montreal Comic-Con for 2012. Robert (Haines, the Associate Director of the JSAs) and I have been talking to and working closely with the organizers of that event this year to see if it meets our needs, and it looks pretty good so far. If that is successful, you might see a regular rotation between the three cities.

Pete DeCourcy: Will Jonathan Llyr be returning as MC, or do you have a few other names you’re bandying about?

Kevin Boyd: We were just discussing this on the weekend. We’d love to have Jonathan back as MC, so we need to talk to him about his availability that weekend and whether or not he can come to Calgary for the event. If Jonathan isn’t available, we will talk with the Calgary Expo organizers about alternates – a local celebrity or perhaps a convention guest. We hope to have that finalized by February 2011, when we announce the nominees.

The JSAs have always been a good time and a great way to recognize the excellence in the Canadian comic books. The idea of a traveling ceremony will only add to the wonderful community that’s begun to grow within the scope of the Shusters.

You can check out the complete press release below.

November 1, 2010 — From coast to coast, Canada is home to many of the comic book industry’s top talents, and the JOE SHUSTER AWARDS are a way of recognizing and celebrating their achievements. Since it was established in 2004, the Joe Shuster Award program has been Canada’s national awards program for recognizing the outstanding achievements of Canadian comic book creators, publishers and retailers. The juried awards are named after pioneering Toronto-born artist Joe Shuster who, along with writer Jerry Siegel, created the iconic super-powered hero, Superman.

Between October and January 2011, the nominees for the 7th Annual Joe Shuster Awards will be selected from master lists of eligible works originally published in English and/or French during the 2010 calendar year. Canadian citizens living at home or abroad, as well as permanent residents are eligible for consideration. Once the lists of nominees are finalized and announced, the nominated creators will have their work reviewed by juries who will determine the winners.

The winners of the 7th Annual Joe Shuster Awards will be announced at a public ceremony on the evening of Saturday, June 18th, 2011 at the CALGARY COMIC & ENTERTAINMENT EXPO http://calgaryexpo.com/ at the BMO Round-Up Centre in  Calgary, Alberta.

“We are pleased and honoured to be presenting the 2011 Joe Shuster Awards at the Calgary Expo,” reports Awards Association Co-Founder and current Executive Director Kevin Boyd.  “As a truly national awards program we know it is important to connect with comic markets across Canada, and it has been a longstanding goal of this organization to present the awards outside of Toronto in order to do just that.  As the Canadian comic book industry award – with a large pool of participants in every province – our intention is to share these awards with the creators, retailers and publishers at events like the Calgary Comic & Entertainment Expo — a great showcase for Western Canada’s strong comics and sequential arts community and a draw for creators from across the country. We can’t thank the organizers of this event enough for welcoming us to the Round-Up Centre for their 2011 event.”

More news about the ceremony will be announced when the nominations are released in February 2011.

With the permission of his estate, the Joe Shuster Awards are named in honor of the great artist, JOE SHUSTER (1914-1992), whose clear, dynamic style and inventive visual flourishes set the standard for graphic storytelling during the infancy of the North American comic book industry. It was Superman, a co-creation of Shuster and Siegel, which electrified the industry 71 years ago and, almost overnight, transformed comic books into an enormous pop-cultural phenomenon that endures to this day.

About The Joe Shuster Awards

The Joe Shuster Award is Canada’s first national achievement award program for Canadians working on comic books, graphic novels and webcomics and has no restrictions on language, content and/or genre. The Joe Shuster Award honour the people who create comics, publish comics and sell comics. Creator nominees are nominated for their BODY OF WORK during the previous calendar year, not just for one specific work (except for cover art). Additional Awards honour Comic Book Retailers, Publishers, Self-Publishers and comics material created for younger readers. The Joe Shuster Award program is administered by the Canadian Comic Book Creator Awards Association, a not-for-profit organization. For more information please contact [email protected] or visit www.joeshusterawards.com

About The Calgary Comic & Entertainment Expo

The Calgary Comic & Entertainment Expo was born in 2006 after carefully evaluating the potential of a show dedicated to not only comics, but to the cross-media attention that exists in the entertainment industry. As has been the result, the Expo has become the single largest event of its kind across all of Western Canada. We feature all elements of pop culture including sci-fi, fantasy, anime, gaming, animation, and the horror genres. The 2011 event is scheduled for June 17-19, and will be the first year the event has run for three days. For more information please visit www.calgaryexpo.com