It’s no secret that I’m a fan of what Dale Eaglesham and Jonathan Hickman are doing with the Fantastic Four – specifically with Reed Richards. Taking Reed away from the troubled distant (possibly asperger) Reed and making him more of a Tom Strong type pulp science hero is one of the most inspired ideas among many a inspired ideas*. (Seriously we’re at two issues into their run and I’m already enjoying it more than Millar’s ..and I actually liked Millar and Hitch’s run!)

So here are two great scenes from Fantastic Four #571, they both involve Reed’s further adventures with the consortium of alternate Reed Richardses. The first involves a heart warming moment as Reed comes to a planet one of the Reeds has converted into a giant farm to feed other worlds. 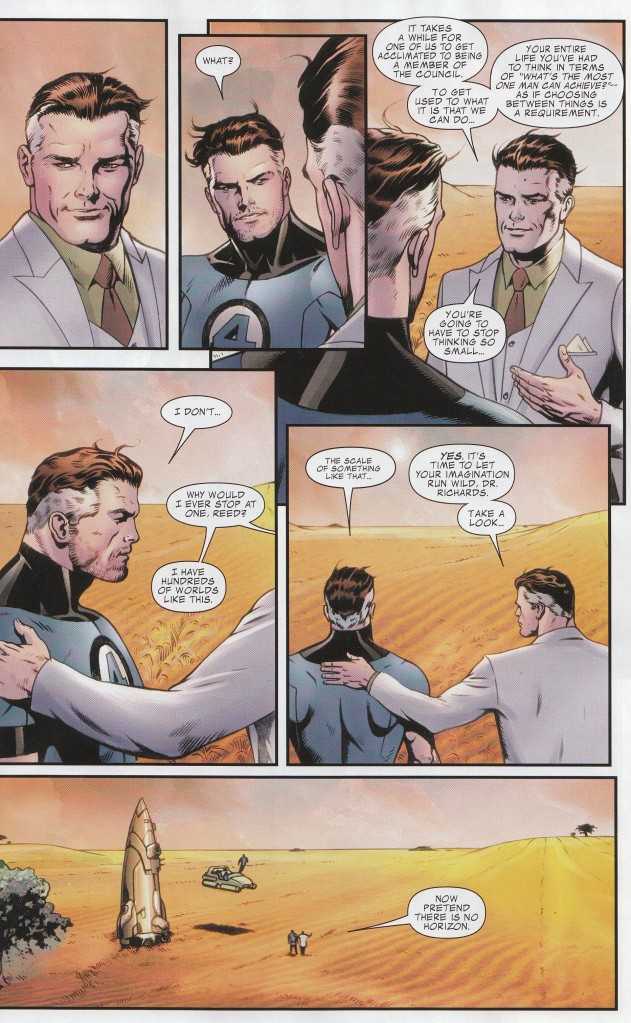 What an absolutely beautiful scene.. the coloring by Paul Mounts really gives a Field of Dreams type mood.

The second scene is a bit more sinister, but none the less awesome. After fighting with one of the many parallel Dr Doom’s, our Reed watches as the other Reed attaches a  collar that destroys all his higher brain functions. 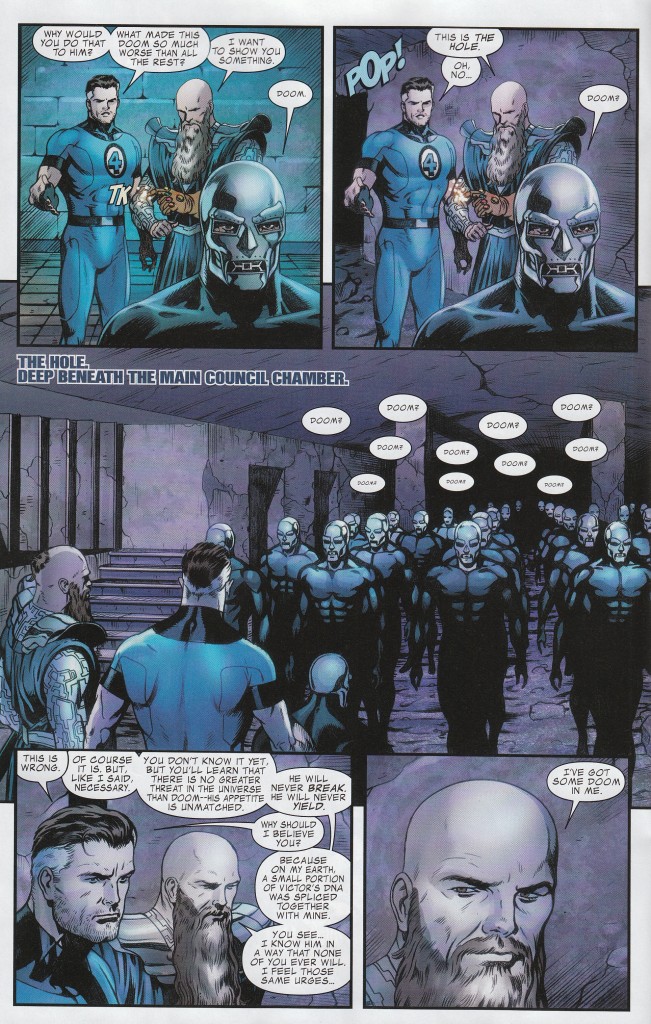 Dude .. I think we all have wanted some Doom in us at some point….

*the book opens with this caption: “I don’t believe in murder . But this morning, before breafast, I helped kill a galactus on Earth 2012.”