Ed brubaker The Dark Horse NOIR book is in stores today, and I’m looking at a copy right now. A great line-up of creators, including me and Sean. Or not including us, if you hate our stuff, I suppose. But let’s hope you don’t.

Cameron Stewart Leaving for Europe tomorrow!! Exciting! And I got all my work done too so I can relax today.

Hope Larson I request that today be stricken from the record. Thanks. 😛

Skottie Young Note to self: Never design a main character with freckles. You will forget to ink them in every other panel. Thank you.

GailSimone I am writing a 3 issue Suicide Squad/Secret Six crossover with the great John Ostrander!

Ryan Kelly What, Ryan Kelly did a new musician portrait? This time, Robert Smith of The Cure- http://bit.ly/2f5HSu

Ivan Brandon i have health insurance for the first time in years.

Tom Brevoort Would-be writers: all you need to know: http://bit.ly/vMFtA

Chip Zdarsky If loving me is wrong, no one’s in the wrong.

Faith Erin Hicks Deep thought of the day: We’d be a lot different if our knees bent backwards.

Brad Meltzer Asked my 8 year-old what he thought of Where The Wild Things Are last night. “Being nice to other people.” I love my son.

JHickman Feel asleep watching Transformers 2. Had robot sex dreams. When ejaculating, they made the Decepticon sound. Prime said, wake up. I’m also pretty sure that the opening of the movie was racist. And bad.

Dan Slott It’s weird doing all my work from my laptop, like I’m on a business trip or something. Man, I want a desktop again. On the plus side…since I’m “mobile”, if I get a chunk of this script in B4 lunch, I might eat out & take the computer w/ me. That’s a very big “if” tho.

Brian Michael Bendis none of my real life non comic friends understand any of my posts. “they’re in some sort of nerd code, but i see others seems to enjoy it.”

Francis Manapul http://twitpic.com/mbawy – dressing up as frodo this holloween and @marcusto is gonna be sam

Jamie McKelvie Proof I am a geek: I spent a good portion of tonight designing X-Men costumes in my head.

Chris Samnee If I can ink 4 more panels before bed I’ll be on track for the week. Wishing I had pencilled more extreme close-ups and silhouettes now.

Rachelle Goguen NEW POST (finally): The JLA hits the streets in style http://bit.ly/16Svui (Finally Rachelle is back at Living Between Wednesdays!)

Cameron Stewart Batman & Robin 9 cover finished. I have never worked as much or as hard as I have over the last 6 weeks. It’s insane how much I’ve done in that time.

Fred Van Lente BLACK DYNAMITE is hilarious. Do yourself a favor and go see it.

Take a Look at some Green Lantern Concept Art

Don't you do it Bucky Barnes! 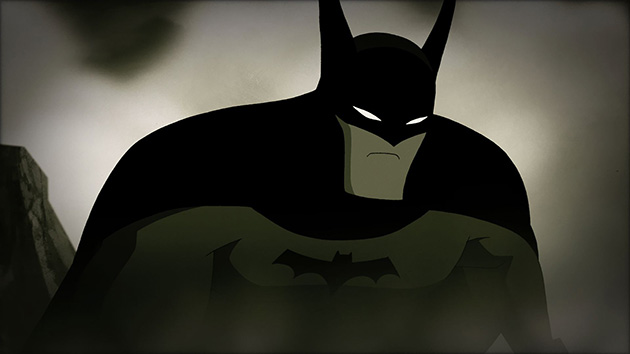