So, on The Hollywood reporter blog, it’s been revealed that director Tony Scott has been attached to Mark Millar’s Nemesis movie project. The interesting thing is that there’s only two bloody issues of Nemesis out right now! It’s been about a year and we’ve only gotten 2 issues, with a third hitting September-supposedly. This really reminds me of his War Heroes series which had a whopping two issues come out and had the movie optioned by Sony before the series even got released. I swear, at times it really feels like Mark Millar has no intention of finishing the series he starts, he just puts the ideas out there so they can be optioned for movies. Which is a shame because War Heroes had a whole lot of potential. Nemesis was a really cool idea -a bad guy Batman- but the constant lateness of the issues kills any momentum, so it’s hard to get excited about Millar’s work beyond the first two issues now. One day…I hope we’ll get that third issue of War Heroes. Back to the director. I had no clue who Tony Scott was, so I wikipediaed him and found out he directed Top Gun, Enemy of the State and Crimson Tide, which I’m not sure really translated to a superhero movie but I’ll give him a chance. We have no script for Nemesis yet but as long as they stay true to the comic it should be all good. 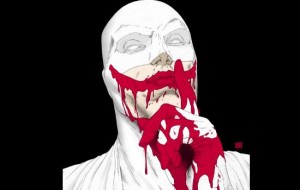