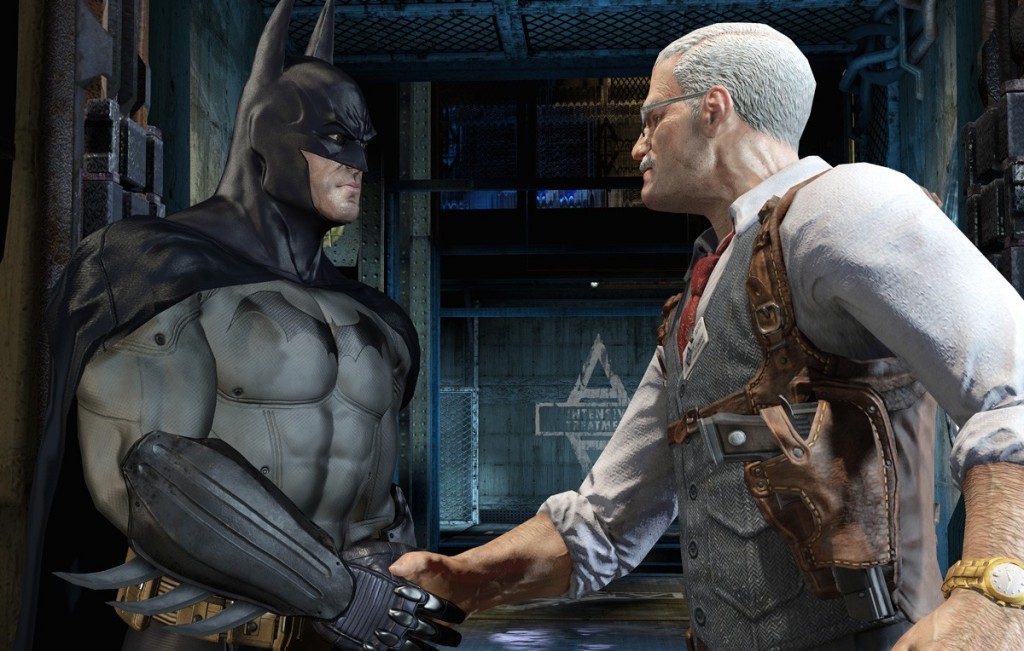 “The biggest gap this fills is that it locks in development talent on one of our most valuable pieces of intellectual property for games: Batman,” Kevin Tsujihara, president of Warner Bros. Entertainment Group, told the Financial Times.

This is only the latest recent video-game acquisition by the brothers Warner, which in 2007 purchased LEGO franchise developer TT Games, and last year bought Snowblind Studios and the assets of the bankrupt Midway Games.

Debuting in August 2009, Batman: Arkham Asylum sold a reported 2 million copies in its first three weeks of release. To date, more than 3 million units have shipped worldwide. A sequel was announced in December.

Arkham Asylum 2 is supposed to come out at the tail end of this year, you can see the trailer (and a bunch of closer examinations) right here.

I finally broke down and picked up an xbox360 and I’m pretty addicted to the game, I just took down two Titan guards and I’ve got the feeling I’ve got a very long way to go. I love really long games.