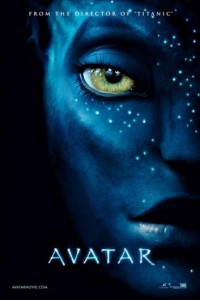 James Cameron’s high grossing epic; Avatar often draws comparisions to movies like the Last Samurai or Dances with Wolves, but heavy.com is claiming that there’s a really strong resemblance between Avatar and a comic story that showed up in 2000 A.D. The story in question; Firekind showed up about a year BEFORE the earliest script treatments of Avatar were announced and Cameron has been known to draw inspiration from other writers before, so this is where it gets kind of hazy. According to heavy.com’s analysis of Firekind:

Botanist Hendrick Larsen arrives on the planet Gennyo-Leil, to live among the native Kesheen and explore the world – home to the Firekind, huge dragons full of miracle drugs that make humans young and virile again. Larsen needs to wear something called a Filter:Mask at all times, since the atmosphere of Gennyo-Leil kills humans. After watching the Kesheen have weird, unsettling alien sex practices, Larsen is blamed for several massacres and cast out, to die alone. What happens next is the weird drugs in the atmosphere re-wire Larsen’s brain, letting him join a tribe of outcast natives (outcast for having kinky sex, in case you needed to know) and share in their psychic link. Pretty soon a band of sadistic mercenaries show up (having framed Larsen for the earlier atrocities, intent on killing all the Kesheen and stealing their dragon-drugs. Backed into a corner, Larsen has no choice but to summon the destructive all-god of the planet, turning wildlife and a massive colossus against the human fleet and turning his back on his own species.

Or to make it easier, check out this chart they made: