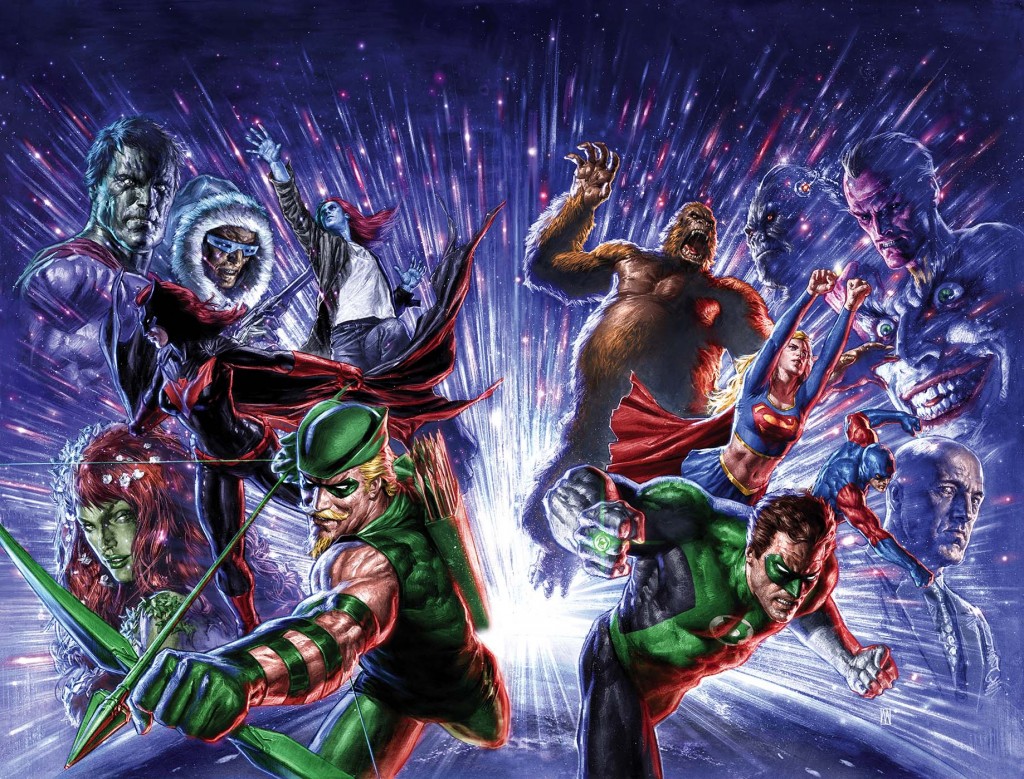 I’ve been a long time reader of Mighty God King. His website (even if he gets way too into So You Think You Can Dance Canada) is packed with amazingly witty and insightful articles about all manner of things. He primarily spends a lot of time talking about comics and pitching his ideas for various comic book series. (His Legion of Superheroes pitches are one of the reasons why I actually wanted to get into Legion in the first place.)

You’ve probably also seen his parody of Millar and McNiven’s Civil War – which was actually better than the whole series in general.

Any way, yesterday he took to his blog to vent his frustration over JLA Cry For Justice. A series so horrible it actually managed to taint writer James Robinson’s legacy as the guy who wrote the best comic of the 90s Starman.

We should have our own review of Cry for Justice coming up, but I really must point you in the direction of his review, because of such brutal eviscerations as:

I honestly have no idea how this comic got greenlit, let alone produced. It’s so bad on every possible level that it’s not even entertainingly bad. You just have to look at it and kind of stare. I mean, I know there are going to be some fanboys who are all “no I want gritty and realistic comics about people in tights who fight crime,” and sure, those have their place I guess, but seriously, this is a comic where they kill off a five-year-old girl for added drama. Who the fuck writes that comic? Who the fuck even thinks that comic is a good idea? How many people at DC must have gotten hit in the head with a sledgehammer to have them all think “gosh, this superhero comic isn’t exciting enough… let’s kill off the cute little girl!” Was it a really fucking big sledgehammer?

People thought Ultimatum was bad, and it was really bad, but this is actually kind of worse because Ultimatum was written by Jeph Loeb, who hasn’t written a good comic in forever. Cry for Justice is supposedly written by James Robinson. I say “supposedly” because I’ve heard more than once that a lot of this got, ahem, extensively rewritten by People Who Shall Remain Nameless, and that rather than James Robinson it should say “Alan Smithee” in the “written by” credit. But I don’t know for sure, and frankly Robinson has written so many bad or even terrible comics since his return to DC that he’s more or less exhausted the massive benefit of the doubt he’d earned after Starman and The Golden Age and his other DC work, which is really kind of impressive when you think about it.3 Besides, Ultimatum at least had a reason for existing: to remind people that the Ultimate Universe still existed. I’m not sure why this story exists.

In fact, none other than Comicdom’s Perez Hilton – Rich Johnson from Bleeding Cool – actually caught wind of this and praised it, saying “…Everyone loves a classic ripping-review. The ones that go to town to explain just how bad a comic is. …The Mighty God King review of Cry For Justice. It’s not pretty. You may nee special protective gear when reading.”

So once again, if you haven’t yet: please go read the review, Mighty God King is as infinitely quotable as an episode of Arrested Development.