Back in January DC finally provided a name for the mysterious, hooded woman who has maintained frequent, lurking appearances strung throughout their relaunched line of titles. The character, who first appeared in Flashpoint, is largely responsible for the realignment of the multiverse in the DCU, creating a storyline cause and effect of the DCU status quo. That character's name is Pandora, and in the sixth issue of Justice League, released this week, a back-up story featuring an exchange between the Phantom Stranger and Pandora is given as a bonus.
Read More 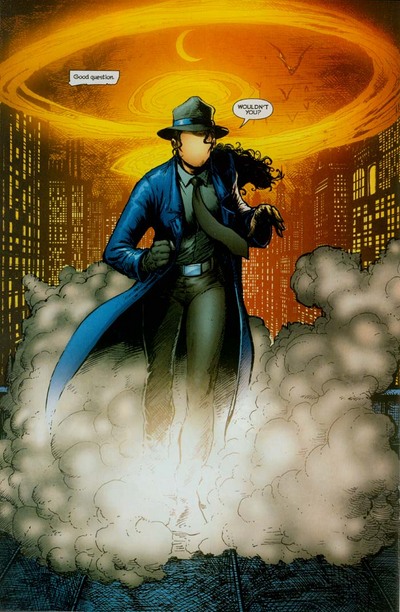 Where in the World is Renee Montoya and Other Questions

I will admit, I haven’t really been following the new 52 that hard. As I’ve stated before, I’m basically a “wait for the trade” guy but I have looked at titles I’m thinking of getting in trade and overall, I’ve…