I will admit, I haven’t really been following the new 52 that hard. As I’ve stated before, I’m basically a “wait for the trade” guy but I have looked at titles I’m thinking of getting in trade and overall, I’ve got some questions. Maybe some are questions you’ve thought of too. 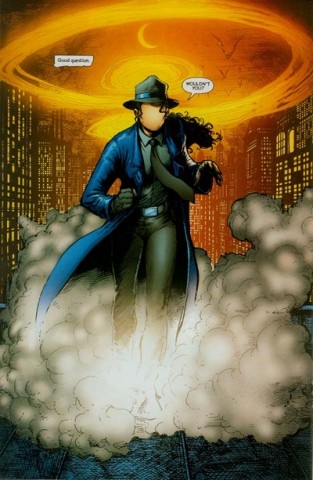 Renee Montoya is an interesting character both in terms of the character and the character’s creation.  Originally created for Batman The Animated Series, Montoya is one of the few DC characters brought over to the comics. Then, Greg Rucka got his hands on her and turned good into great. Montoya’s arcs in the various Bat books (Gotham Central in particular) were great in terms of character building leading up to Renee becoming The Question and a really awesome back-up feature in Batwoman (which is available in trade).

Since the New 52 began, we haven’t seen anything of any version of The Question and Batwoman #1 revealed that Montoya’s photo is on the wall.

Next to other photos.

Which brings up a few questions in regards to the timeline.  Before the new 52, Renee had resigned from the police force. So does the photo mean that Montoya never quit and died as a cop (assuming she’s really dead)? Was she never The Question in this new universe? Has there even been a Question yet? Presumably the Charlton heroes do exist in this universe (the latest Blue Beetle is a legacy character from Charlton), does that mean we’ll see a return of Vic Sage with the faceless mask? 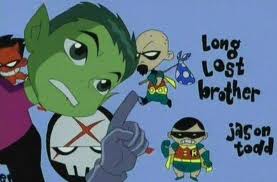 While the current timeline has huge van sized, plot holes in it all over the place, one of the biggest is the sidekick factory that is Batman. Even with the idea that Batman has been around longer then the other superheros (five years plus a couple as an urban legend… which has never been out right stated in the books themselves, just hinted at, also despite his appearance is roughly the same age as Superman, etc), he has so far gone through 3 Robins and is on number 4 (this is assuming Stephanie Brown’s stint has been erased in the reboot). Let’s say that he’s been around for approximately three years before the five,  grand total of 8 years busting criminals and has had four sidekicks.

That’s a lot of sidekicks in a short amount of time, one sidekick every two years.

Biggest question, who hasn’t noticed that Bruce Wayne has gone through that many “wards” in Gotham City? Why hasn’t child services been alerted?

When Did Harley Quinn Become A Suicide Girl 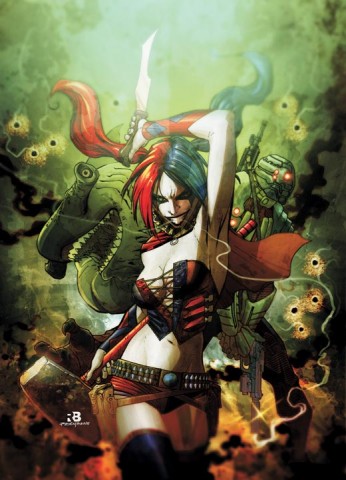 I think Suicide Squad was one of the top five of the New 52 I’ve read but urgh. Harley’s new outfit makes her look like any half-dozen slightly crazy goth women.Who thought it was a good idea to change her costume to something this pedestrian? And another question, is that a knife from Dune? 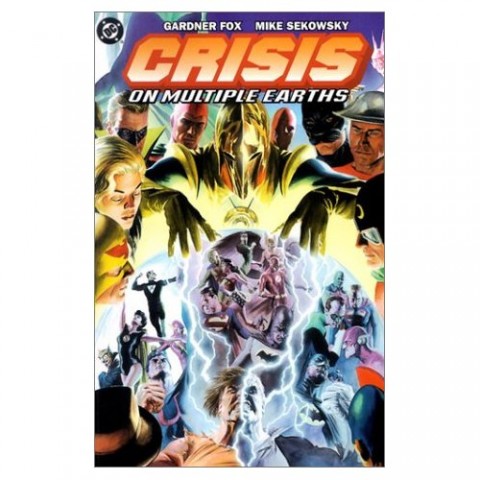 Initially Dan Didio said over the weekend that the various Crisis series didn’t happen. To be fair, completely agree with that idea as all of the Crisis are messy when it comes to continuity. But then Didio came back and said that “crisis” have happened for characters “… but they aren’t exactly the Crisis you’ve read before, they can’t be.” The question is what does that mean? We know some of the universes have merged but we also know Earth 2 does exist in the New 52 (as announced at Fan Expo) and is home to the JSA… or is it? That’s not exactly what I mean. Here’s an idea.

Earth 2 in the silver age DC and beyond was the home to the golden age heroes. It was a nice tidy way of explaining how there was two Green Lanterns, etc.

What if the new Earth 2 is the home to the last age’s heroes? There’s no reason it couldn’t be in theory. DC’s done it before and this type of plot device would be a good nod to original continuity and it does not void out the JSA being there as they were very present in DC’s last iteration.

Could it be the Old DC still exists there?

If I turn out to be right, someone at DC owes me a beer.