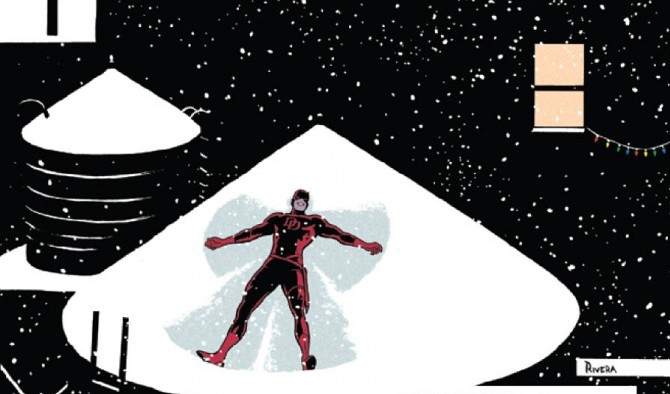 Daredevil has swashbuckled his way past low level villains and has continued to deny his connection to Daredevil, that is until he stumbled onto a plot involving Hydra and A.I.M. and the uniforms made famous by Reed Richards and the Fantastic Four.
Read More

The first issue of Shade hit comic book shelves last week, very likely under the radar amid the trove of titles that included Buffy the Vampire Slayer, X-Men and Green Lantern. The book, penned by James Robinson, features the mysterious mystic known as Shade. The book at least to this point has been confirmed as a 12-issue maxi-series, but has been promised to be home to a fair number of surprises throughout the series, one of which calls this issue home.
Read More