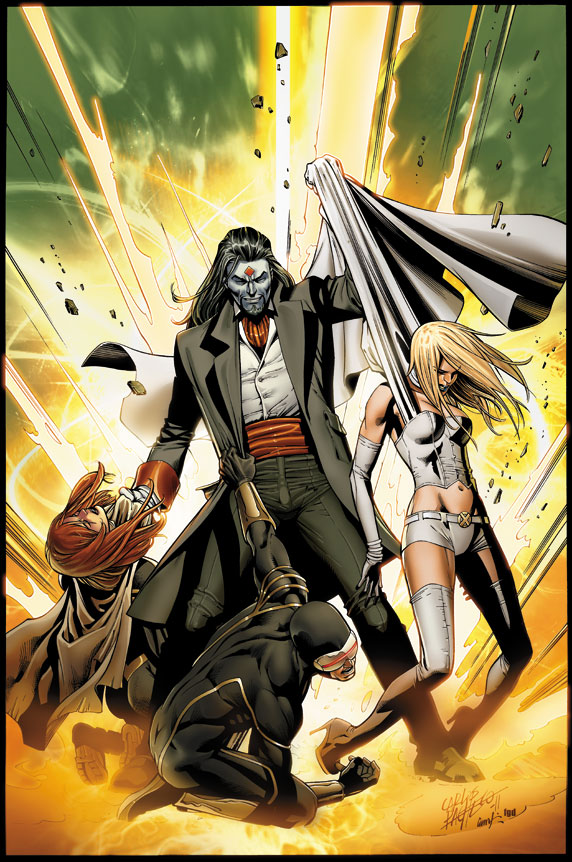 With the X-Men split into two camps, Cyclops and Wolverine lead two very different teams of X-Men headquartered in San Francisco and Westchester respectively. While Wolverine reopened the school in Westchester, Cyclops remained on Utopia with mutantkind's established figures to continue their fight for survival in a world that hates and fears them.
Read More

Hope is a special young lady. Saddled with a destiny that will either save the world or destroy it, depending on who you ask anyway, she indirectly leads a team of the first new mutants since M-Day stripped mutantkind of their numbers. Continually a target, Hope has found some refuge on the island of Utopia with the rest of the X-Men.
Read More