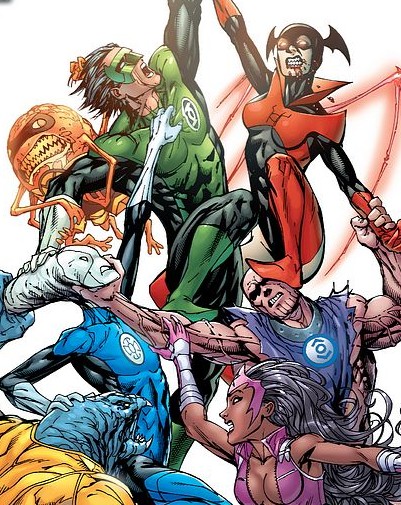 In the aftermath of the War of the Green Lanterns, Kyle Rayner was left without his girlfriend, and was escorted from Oa after defending the Guardians from an attack from Corps members hoping to assassinate Sinestro. Now off on his own, Rayner must new face challenges both from himself and from familiar allies and enemies alike.
Read More

Green Lantern #67 arrived in stores last week, and with its arrival, the War of the Green Lanterns epic also concluded. With this issue, volume four of the title ended. The only question is whether it ended on a low-note or a high one. Forward!
Read More