Gambit titles have also been an oddity. Popular enough that Marvel has included him in a number of ensemble X-Men titles, but never popular enough to hold his own title, past solo outings for the "Ragin' Cajun" have been a mixed bag of results.
Read More 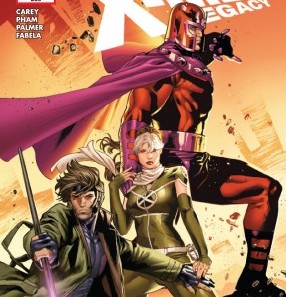 Continuing the Regenesis saga in the aftermath of Schism, the latest issue of Mike Carey's X-Men title was released alongside the flagship title last week. Again following the movements of Rogue, Gambit and Magneto, we now follow them after their escapades in space as they travel eastward to Westchester.
Read More