Welcome to the very first installment of Mike’s Stupid Comics by Mike Laidman. From the very own pen, or keyboard rather, of its creator, MSC can be best described as;

Following the misadventures of Mike and his friends, a group of ragtag Canadian youths. Mike’s former friend Dave hates Mike based off of some past experience which has yet to be revealed, and is trying to kill him and destroy his life. Dave has joined forces with an old shirt of Mike’s which somehow has gained sentience and goes around sucking the life out of innocent folks. The police are after the shirt and think Mike’s involved. Meanwhile, Mike’s just trying to live a normal life with school and video games. Mike spent a good amount of time tracking down a girl named Hannah whom he has a thing for. Whether or not he tells her, well… we’ll see.

See what we did there with the copy and pasting? So much easier than trying to think of our own synopsis. Check back every Tuesday and Thursday for a new strip! But for now…let’s get on with the show! 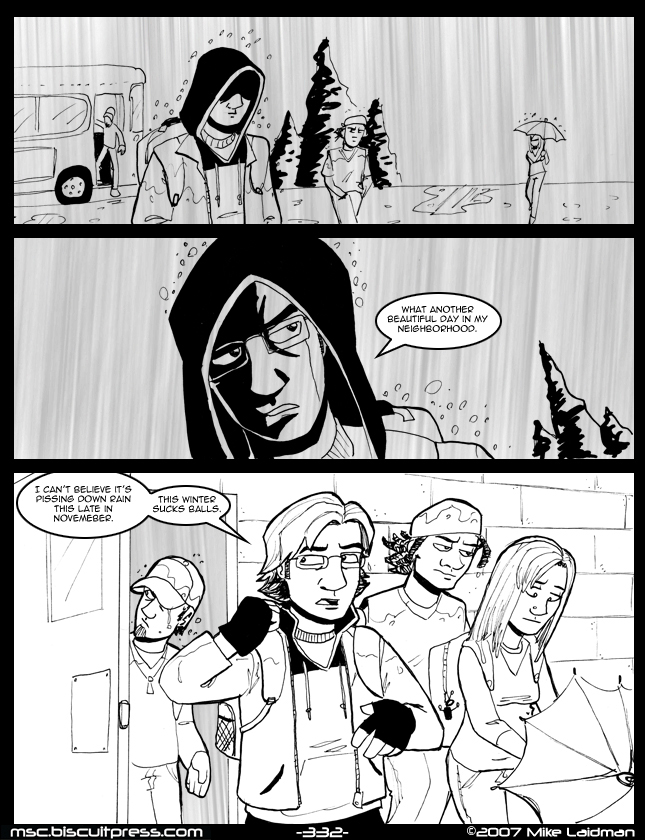