This week hosts Chris Owen and Walter Durajlija are joined by special guest Lief Peng. Lief joins the team to discuss new comics coming out this week, news of a possible Daredevil reboot, July comic book sales figures and other industry news. Chris and Walt then talk to Lief about the expanded illistration and graphic design program being offered by Hamilton’s Mohawk College.

Also, congratulations are in order as Comic Culture has been inducted onto the CFMU FM Radio’s Wall of Fame.

Here’s an exerpt from the CFMU email;

Congrats – your show made our wall of fame – our small way of thanking you for your dedication to the station over the years.

I’m sending along the graphic that will go up on the wall once it’s been mounted.

We’ve posted the graphic below.

Comic Culture is produced by Anthony Falcone and is engineered by Chris Owen. 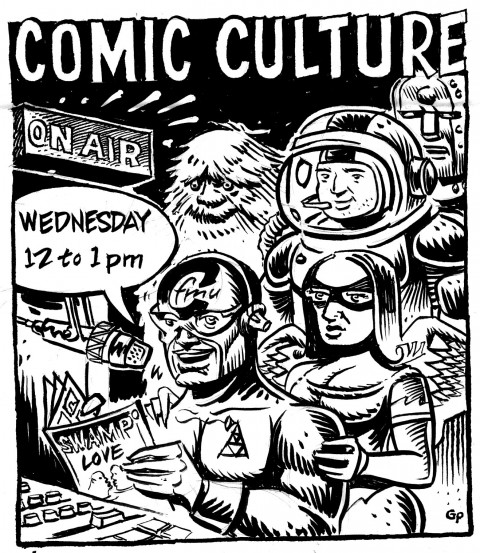