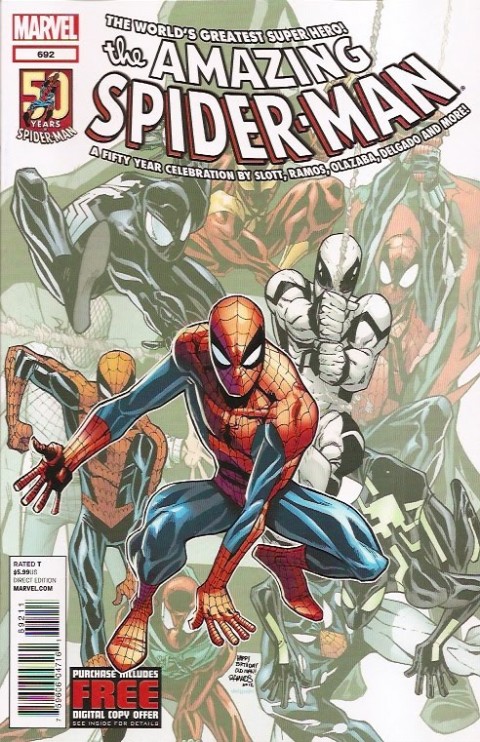 No matter how many times a character is rebooted, restarted, or renumbered it is still a milestone to be in constant publication for 50 years. Our Friendly Neighbourhood Spider-Man has his Golden Jubilee this year and Marvel has a host of webspinningly-awesome events planned, including the oversized action-packed issue 692.

The anniversary issue introduces the character of Alpha, a teen given superpowers during a science experiment of Peter’s gone wrong (sound familiar). So Dan Slott has the story come full circle and Peter Parker is now responsible for the great power of a teenager. Alpha is immensely powerful and doesn’t have the guilt of not stopping his uncle’s murderer to drive him to use his powers for the greater good. The story basically asks what if Spider-Man stayed the jerk he was after fighting Crusher Hogan way pack in Amazing Fantasy #15.

When I heard that Spider-Man was getting a sidekick I was incredibly skeptical about the idea. But if 20 years ago you had told me that it would be great to bring Bucky back as a Russian super-assassin I would have told you that such an idea sounds crazy as well. Except that Brubaker has created a brilliant new character with the Winter Soldier and Slott has set up an amazing new concept for the webslinger to deal with.

Alpha will require guidance, training, and mentoring to ensure that he doesn’t become a great threat to the Marvel Universe. The concept acknowledges Spider-Man’s role as a seasoned veteran hero who is forever working to atone for past sins and new failures. The Spider-Man/Alpha dynamic is excellent and it will be interesting to see where it leads over the next few months heading to the momentous issue 700. 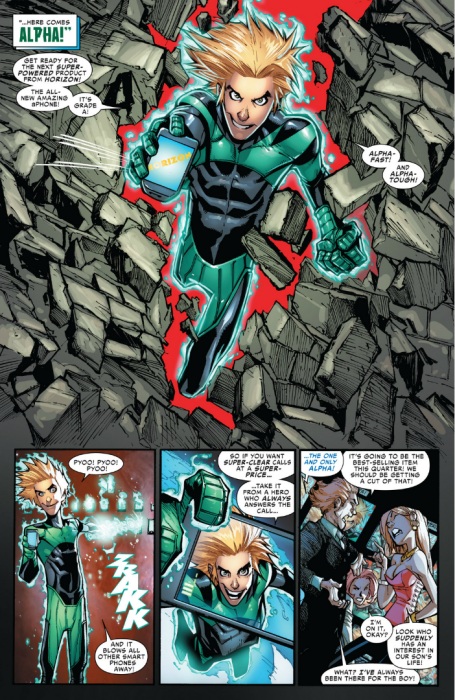 The art of Humberto Ramos is brilliant as always. Ramos’s style perfectly fits the character and he has solidified himself as one of the greats to have picked up a pencil and drawn those webs and spiders we all know and love. The costume design of Alpha suits the character as well, and the supporting cast in this issue let us enjoy Ramos’s take on the FF, Hank Pym, Ironman, and Beast.

In addition to this main story there are two back up tales (you get a lot of comic book for $6). One is a brief interlude story that takes place during Amazing Spider-Man #50, and another is solid tale once again highlighting the extreme bad luck that seems to follow Spidey around wherever he goes. The tales, by Dean Haspiel and Joshua Hale Fialkov and Nuno Plati respectively, are nice additions to an anniversary issue and the tone and art style of each remind us of different aspects of the character.

ASM 692 is a must have for any Spider-Man fan and (although I loathe the term) a great jumping on point for new readers.