Last night I had one of the best reading experiences. All the titles really only had one thing in common: great comics.

Now most of these books are old, and for whatever reason I only recently picked them up. These include – Garth Ennis and John McCrea’s Hitman Vol. 2 A Thousand Bullets, Batman & Robin #7 and Paul Grist’s Jack Staff volume four: Rocky Realities. 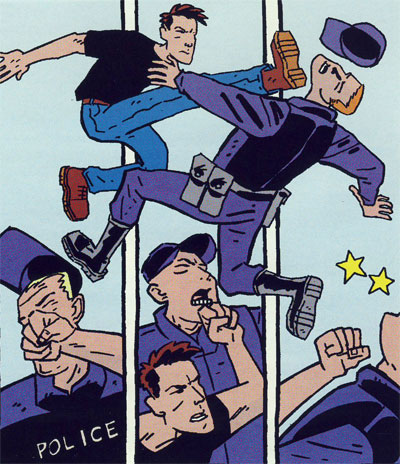 I can’t really review Paul Grist’s work as it’s probably going to involve me just blathering on and on about how amazing the title is, how it’s probably the single most inventive superhero comic – maybe even comic period – on the stands right now. This volume keeps with the amazing mastery of the art form that Grist has established time and time again that he’s the best at. I can only urge you to either a. Check out the link to a earlier column devoted to Jack Staff, or to Brent’s column detailing the beauty that is his police procedural series Kane.

Batman and Robin #8 has all the earmarks of a classic Batman story, lazarus pits, team ups between Batwoman as well as the Knight and Squire as well as classic character moments that Grant Morrison really excels at.

This issue continues the storyline of Blackest Knight – which in some ways ties up plot threads established by Morrison in Final Crisis and Batman R.I.P. While Morrison’s scripting is, as always when it comes to Batman, a joy to behold – the real revelation is Cameron Stewart’s art.

Stewart’s long been a favourite of mine since I discovered his work following up Darwyn Cooke on Catwoman, I then set out and found every single piece of sequential story-telling that he’s put to ink and paper since.

He’s always been a fantastic storyteller, with beautiful and lush linework that is remeniscent of the aforementioned Cooke, but with hints of Hernandez and DeCarlo. But as of these past three issues, he’s come completely into his own, perhaps inspired by Frank Quitely’s brilliant panel layout during the first arc (Batman Reborn?) He apes Quitely’s fractured panel designs for fights scenes – practically saying: shit man, this is how bad-ass this fight is, the panels are actually being rocked off the grid, falling down or shifting inwards as each kick or punch is landed. 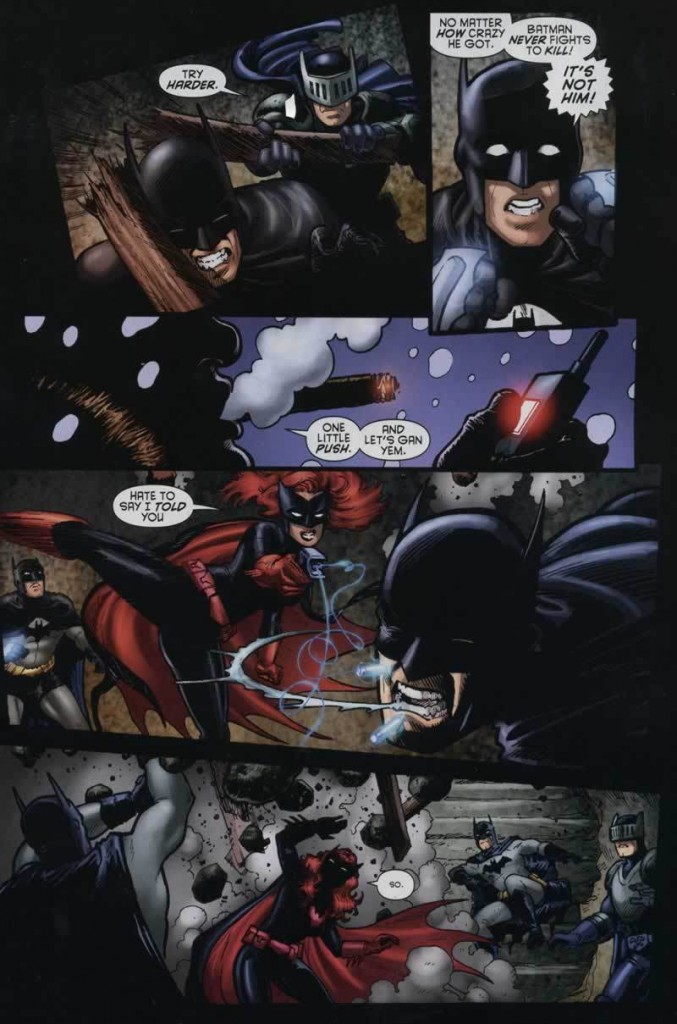 Batman & Robin has quickly become one of the must reads in terms of redefining what Superhero art can do in comics. I know that lots of people sort of poo-poo’d Philip Tan’s previous arc, but there were beautiful moments in his first issue, coupled with some brilliant Bolland-Killing-Joke inspired panels on his last issue. There’s something very special going on in this issues and i’m really excited for more and more people to discover this.

Garth Ennis doesn’t want to write a superhero comic, not really. He’s got other stuff going on, but it seems that every now and then he gives in – or atleast as much as he can – and he creates the closest thing he’ll get to superheroics.

Which means it’s pretty far away from anything remotely spandex clad.

No, the antagonist of this story – the titular Hitman – is just that a hired gun named Tommy Monaghan who through some wierd alien encounter just so happened to get superpowers – in this case x-ray vision. 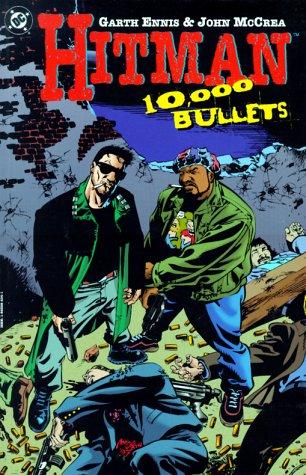 This volume is where the series really hits it’s stride. Blending the male bonding, war stories, and hyper violence that Ennis is known for.

While the first storyline wraps up loose ends from the previous volume (though not without planting a few more and giving us a villain that really seems to match the ruthlessness that Tommy himself eschews for a blaise attitude towards his given profession.

The second story is a final night tie-in that goes the Cantebury tales route and has each man talk about their experiences with death and killing. These are either heartfelt, hilarious or war stories that probably have happened

The last story though; the Hitman annual is pure and utter joy.

It’s a spaghetti western that hits all the hallmarks of a Leone western without seeming cloyingly cute.

Look, the truth is – this series is a total gem – it’s not the best thing Ennis has ever done, but it’s so good that you’re willing to look past it’s good looking sisters to try it out.

Pete DeCourcy is Editor in Chief of Comic book daily. He also manages Blue Beetle Comics in Barrie, Ontario. You can find more of his writings at the Simple Art of Crime and You Practically Rock.