…okay I’m one of those people.

In fact my co-host and I have built a whole episode around it and turned it into a parody awards show called The Assies.

We are nothing if not witty.

So on that show we’ll be talking about our favorites of the year. Favorite books, favorite albums, favorite video games etc..

And of course, my favorite comic book of the year.

Due to my podcast’s length, I will be able to dole out some of the virtues of my pick but here on Comic Book Daily, I really have time and space to get into the meat of my pick.

So without further ado…

But before we get there, let’s take a list of comics that made my shortlist this year.

Coming out of SLG, this comic was an incredibly pleasant surprise this year. Good art, great storytelling and a wooden puppet that kills vampires. While it is a great stand alone book, I’d love to see more.

If you follow this column at all, you know I have much love for this monthly. The only thing really taking any points away from it is the fact that if have never watched Buffy, you wouldn’t be able to follow a thing in it.

The Boys was actually my favorite from last year. Unfortunately this year, the Herogasm arc really slowed it down. It’s one of those story arcs that you know sets up a lot of big pay offs in later arcs.

From the team that brings us Criminal, this was a more pulp inspired comic book, owing more to The Phantom then Batman, it was a great fun read.

Loved 80% of this series. Unfortunately the ending feels really rushed and last minute.

And now on to the main event. My favorite comic of the year is… 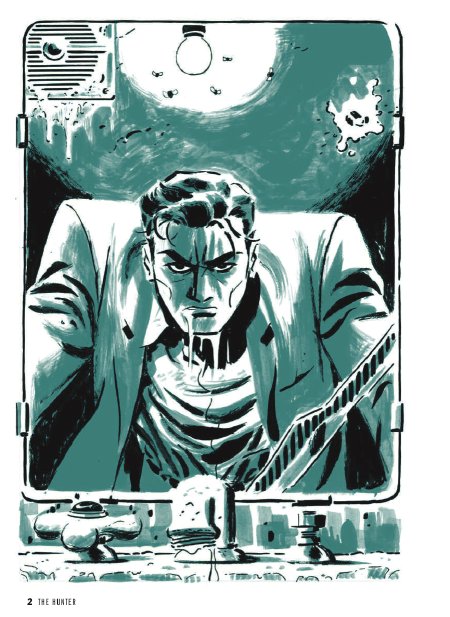 2009 has been an exceptional year for comics. I have read a lot of stuff this year that I legitimately thought was really, really good. Even the previous short list was a little hard to narrow down. Iron Fist was a good book, I loved Grandville, Walking Dead kept up it’s quality and speaking of which, I love Kirkman’s Destroyer as well.

But all of those books, as good as they are, would only be fighting it out for second place. If it was a foot race, a lot of those books would be neck and neck with each other to the finish line.

Unfortunately The Hunter has already won and is taking a victory lap.

It is that good. 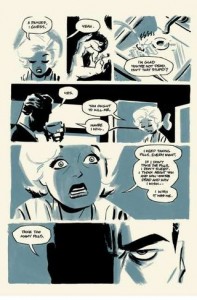 For those of you who haven’t picked it up (I will assume it’s very comfortable under that rock), Based on the book by Richard Stark (aka Donald Westlake), The Hunter tells us the story of Parker. He had pulled off a nice heist when his partner and wife betrayed him and left him for dead. Parker has come back for revenge and his money.

If it sounds familiar it’s probably because it’s a novel that’s been adapted into two movies, Point Blank and Payback. There are even two very different version of Payback.

So the argument could be made against this comic for pick of the year just due to the fact it’s an adaptation. And I’ll be honest, I’d be lying if I hadn’t considered that a detractor to it’s placement on my best of list.

But the fact of the matter is, even counting the fact it’s an adaption AGAINST it, The Hunter is still far and away the best comic of the year for a variety of other reasons.

Darwyn Cooke has been considered one of the better artists in the field for a while now. The best example of his work is New Frontier from DC. The man has a great style that hearkens back to guys like Will Eisner and Alex Toth but still has something original and new to it. But on The Hunter, Cooke brings it up to yet another level. From figures, shading, balloon and lettering placement, even the unusual color scheme (black, white and kind of a blue color), the art stand out from everything else I read this year. If the words suddenly dropped out, you would still have a great, easy to follow excellent art book. 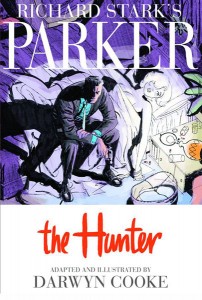 The book just looks good. It’s a hardcover format that would not look out of place on a regular bookshelf. The binding is well done, the dust cover, the hard cover to the book itself,, out of all of the hardcovers on my shelf, it has a very distinct but awesome look.

So those two things alone would have almost made it my comic book of the year but what seals the deal is the adaption itself.

There are certain creators that were born to work on certain projects. Frank Miller on the first couple of Sin City books. Jim Lee drawing the X-Men. Garth Ennis writing the MAX Punisher.

Darwyn Cooke was born to draw this book.

In fact, I am almost convinced that Darwyn’s folks cooked up some sort of scheme with Westlake to make sure this would eventually happen.

As I have previously mentioned, The Hunter is no stranger to adaptation. All three films have aspects that are right but none were quite dead on. I love Payback, especially the director’s cut, but having read the novel, I know there are more then a few liberties taken. 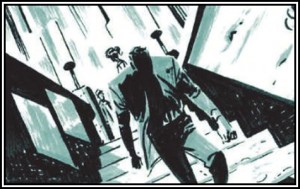 While Cooke has made one or two small cuts here and there, the book is still a dead on adaption. From the words (both in placement and use), how the characters hold themselves, how Darwyn has drawn their appearances, by the end of reading The Hunter, you can’t really imagine it any other way the Cooke’s version.

If I were to film it today I would use the graphic novel as story boards and cast based on the figures in the comic.

And the best part of the whole thing is Darwyn’s working on a few more Parker adaptions including a few that were actually better books then The Hunter.

The mind reels. So there you go, the comments section is open, so feel free to dispute my choice, I’m curious your arguments.