Lego Batman 2 builds on the previous installment (which I thought was pretty lackluster) and sees our favourite caped crusader in Lego block form once again taking on the Joker. Only this time Mr.J has allied himself with Lex Luthor to support the latter’s Presidential bid. To stop them, Batman will need help from Robin, Superman, and other members of Justice League. However, for the bulk of the game you are playing as Batman, Robin, and Superman. So, this game is also the best World’s Finest video game ever made.

Gameplay will be familiar to any fans of the Lego game series: you punch your way through levels and rebuild destroyed bricks to solve a series of puzzles to allow you access to the next area. Batman and Robin have the ability to don different suits as the situation requires, each containing different powers such as electricity or ice. These different powers are used to access hidden areas in the levels and also in the large sandbox world in-between story chapters. 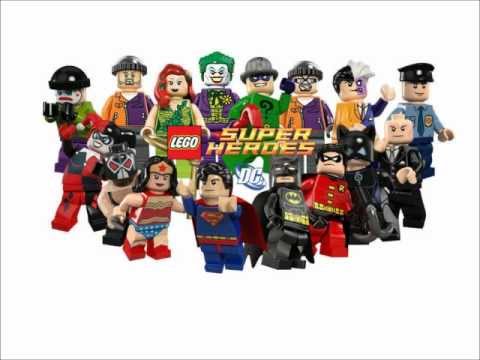 As you progress in the game (and after you finish the game) you can unlock new heroes and villains for use and their unique powers help you access further secrets. For example, Green Lantern is the only one who can build using the glowing green Lego pieces and Kryptonians can use their heat vision to melt gold coloured blocks. There are 60 unlockable characters in the game (and another 10 from DLC) so there is a tonne of extra stuff to do once you have finished the story mode of the game (about 6-8 hours). You will get your value for money on this one.

The game is not very difficult and Superman and Wonder Woman are actually invulnerable. Other heroes can die but they automatically revive as long as you have some Lego pieces (in game currency) and I was never once in danger of running out of those. The only issue that I have with the game is that the play control could be a bit tighter especially the vehicle control which is, quite frankly, atrocious. This has been a consistent weak point for Lego games and it will hold back a great game from being an instant classic. The controls for flying characters also need a bit more explanation but when I am Superman and while flying around the John Williams theme plays in the background I find it hard to care.

The music is a re-use of Danny Elfman’s themes from Batman and Batman Returns and John Williams’s Superman Suite. It works perfectly, because really, if you have these songs why do you even need more music.

The game has some fun co-op elements to it and such amazing tongue in cheek humour that fans of all ages will be pleased. It draws on every era of the DCU to make a perfect mash-up that will appeal to fans from any generation. This is a game that you should play with your kids. Cause hey, they gotta learn about Shazam (Scottie Say: Captain Marvel forever!) and Brainiac some time, right?