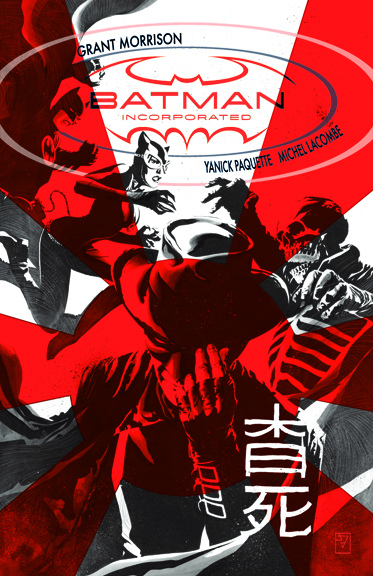 Batman has gone global! We’re now two issues into Batman Inc., so let’s take a look at this title, shall we? 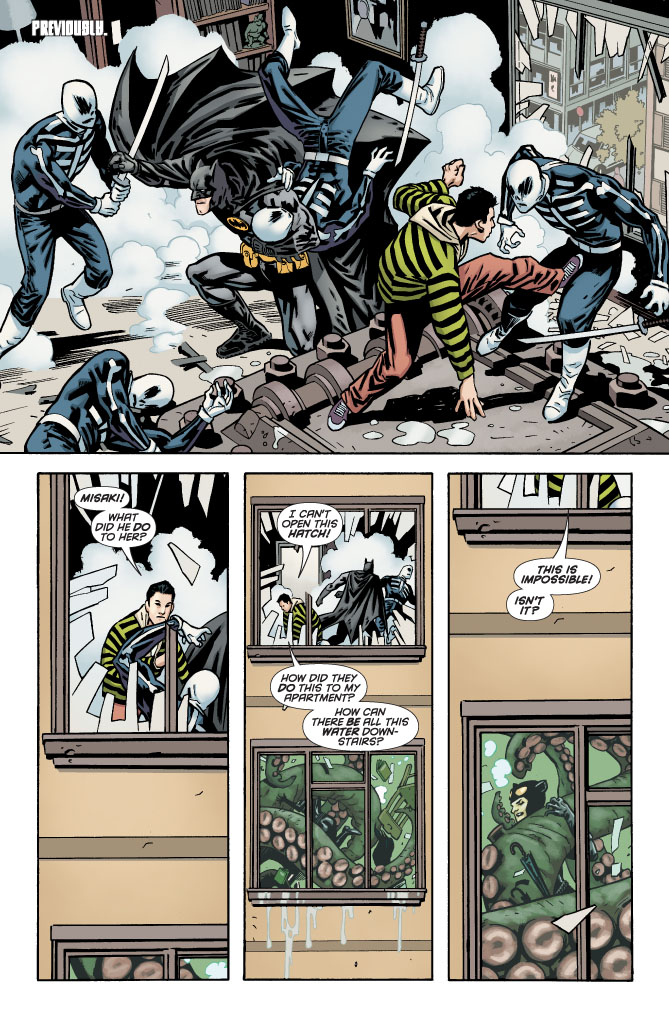 Now revealed to be the financial of benefactor of Batman, Bruce Wayne takes his exploits as the Dark Knight across the globe to fight crime wherever it rests, all the while extending Batman’s reach to the ends of the earth.

Finishing his escapade in Japan, alongside Jiro Osamu and Catwoman, Wayne fights off the villainous threats of Lord Deathman against the Japanese hero community. After the scene settles down, Bruce tells Jiro he came to Japan to recruit Jiro’s partner (Mr. Unknown) as Japan’s Batman. Bruce and Jiro talk about him becoming Batman. In the meantime Lord Deathman and his underlings take to the streets and cause rampant criminal mischief. Attempting to give chase, Bruce grapples onto a moving helicopter and flies across the city, as Jiro puts on the Mr. Unknown costume and takes to the streets on his own. Bruce and Jiro meet up and take down Lord Deathman, but not before Jiro is riddled with bullets defending a woman. We eventually learn he’s faked his death. Deathman is carted away by the police, and amidst a heart-to-heart between Selina and Bruce, we discover that Jiro has been sworn in as Japan’s Batman.

Paquette’s pencils are very strong throughout the issue. He creates some very lively pages throughout, from Catwoman’s struggles with a giant squid to Lord Deathman’s rampage throughout the city. Where the art falters unfortunately is Fairbairn’s colours which fail to match Paquette’s pencils and really hurts the overall presentation of the work.  The colours are dull and boring, and save for the Deathman pages while he’s in the hospital. Fairbairn’s colouring doesn’t do Paquette’s art justice in the slightest. As a whole, the page layouts are un-enthusing and very straightforward. While Paquette’s pencils are solid and detailed, the overall work could be greatly improved in future issues. 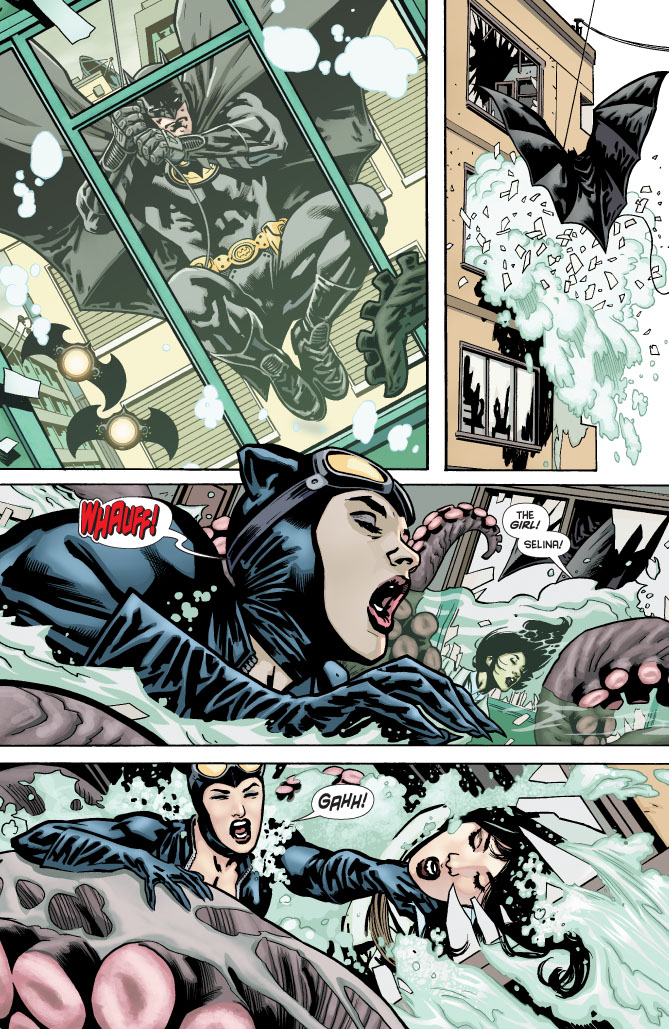 Keeping with Morrison’s story premise, Batman Inc. has thus far worked similarly to both the Batman and Detective Comics annuals which focused on Bruce recruiting a french Batman into his fold. In these issues we have seen Bruce Wayne travel to other locations and work simultaneously as his trademark Dark Knight persona and as Bruce Wayne to recruit new players. The issue was evenly paced despite feeling too short. To Morrison’s credit, over the first two issues he has managed to tell this part of the story without dragging out the arc longer than needed. However, because it’s clear that the foundation of the Batman Inc. concept needs to be established first before the greater vision is going to take shape, I feel this book could quickly become general and formulaic if Morrison isn’t careful. The swearing in of Jiro read as a manual to the Batman credo, with Morrison throwing two kitchen sinks at readers with every philosophy within the Batman mythology. The question then that must be asked is, what now? Even more, if we follow this general storyline, how long until it becomes formulaic? The concept as a whole is workable and I think we need to understand that the new Batman status quo needs to be established first above all before we can get a feel for what Morrison has planned. At the same time though, Morrison is going to have to tread carefully if this series is going to work as a functional comic book story and not a continual rehashing of the same arc.