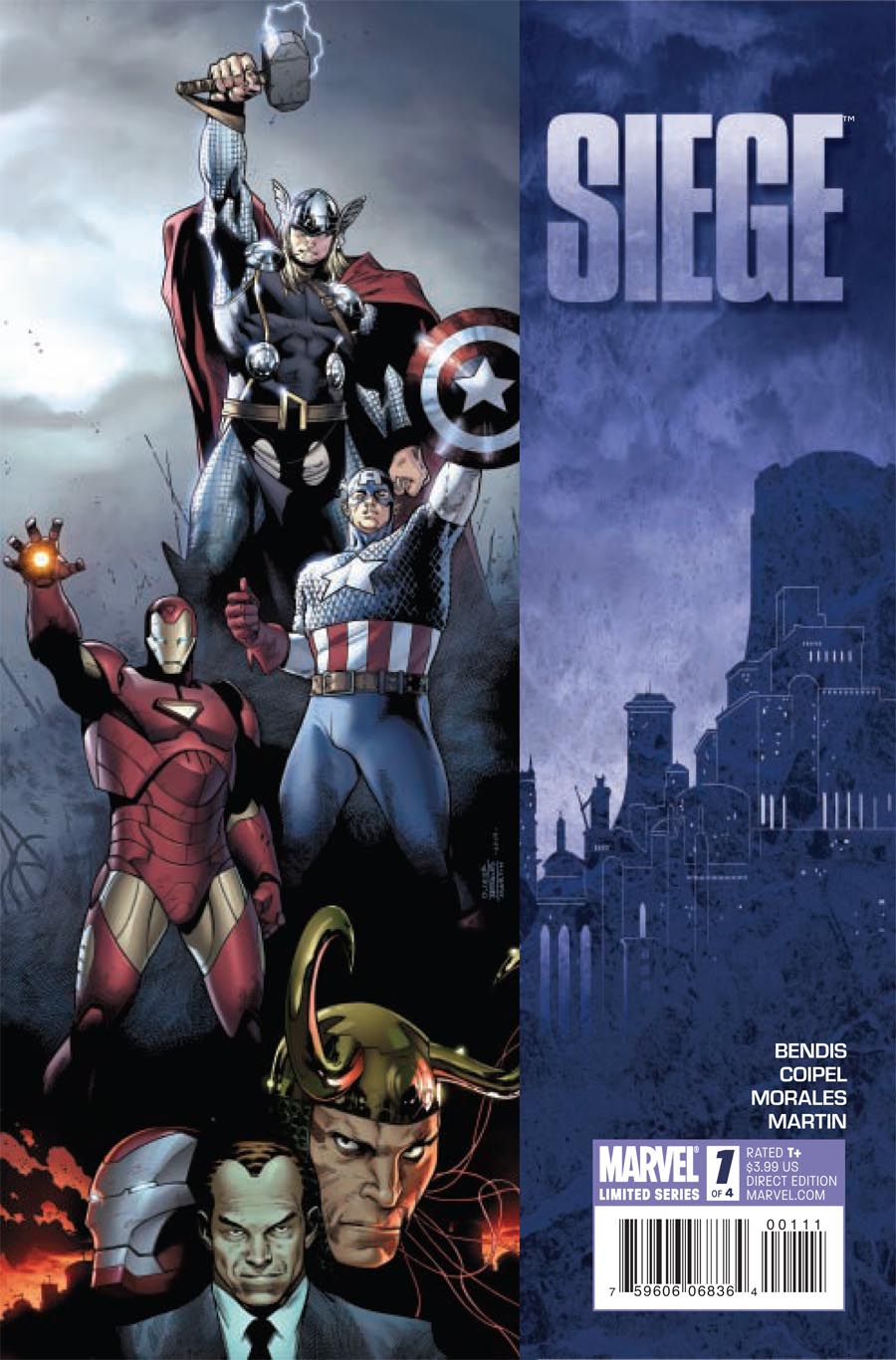 Okay.. if you’re not familiar with the last ….ugh, seven years of Marvel history: you might want to read this primer by our good friends at Newsarama. It’s not really necessary to know everything that happened. (In fact – to be honest – it’s best to forget Secret Invasion, as that series basically ended with Barack Obama exclaiming in disbelief that it even happened.)

Siege #1 is a first issue. It’s a lot of set up.. which is okay, but there aren’t any BIG moments, no big reveals, no [email protected]& Yeah moments… the ending is literally just someone realizing that they need to move to action. I’ll give it this though – I never thought Bendis could tell ANY story in four issues.. and the fact that he’s actually managed to compress enough into twenty pages to make it seemed compressed for Bendis.

Of course, the book is $3.99 – so there’s more to the book: a Hulk preview, a guide to the last few years in marvel continuity by Joey Quesada and a info-dump wherein Bendis writes out the minutes of a Dark Avengers meeting – Yes, they’re all about as interesting as you’d think.

So what does happen in this book? Let me give it to you point form:

It’s a good issue.. but it’s a first issue. There’s no surprises, we don’t learn who Osborne’s secret weapon is, there’s no twists, no nothing.. You can’t judge the event by it’s first issue, They’re a thankless task… but Bendis does it admirably.. however saying that.. at 22 pages of actual story, I’d have much rather paid less than $3.99.