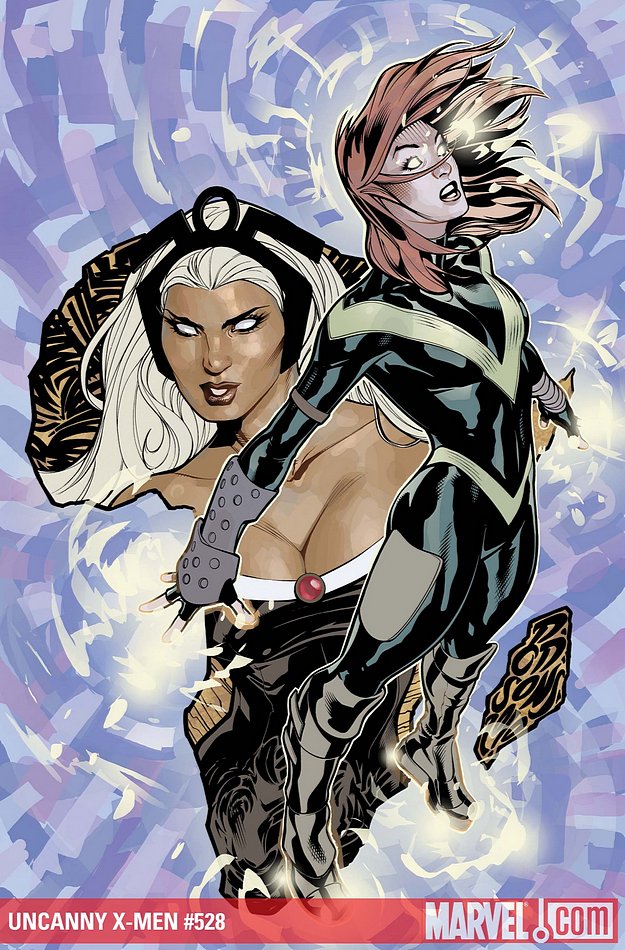 This is a story about a girl named Hope. We’re now a few issues into the first REAL X-Men arc post-Second Coming and we find our mutant messiah globe trotting along with select companions such as Rogue and Storm. What’s the reason for their travels? At the end of Second Coming, Cerebra lit in five locations across the globe, indicating that for the first time in a long time the mutant gene had activated in people. How is the arc shaping up so far? Well let’s hop into the ol’ Blackbird and fly right into this issue! If you want to. 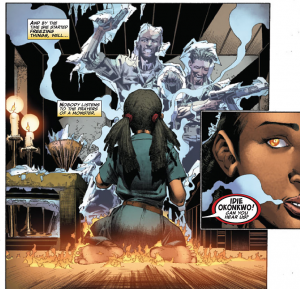 A single phrase set mutantkind back decades. Now years after Scarlet Witch proclaimed, “no more mutants,” the mutant race is on the rebound with new mutations happening around the globe. To help ease this generation of youngsters is one of the X-Men’s newest recruits, the battle tested, ass-kicking femme fatale Hope. Five Lights follows Hope as she travels the world helping young mutants ease into their new lives.

The issue begins in Nigeria where we find a scared teenage girl inside a small chapel clutching a rosary. Directly in front of her are her parents frozen solid. The first thing you’ll notice are her eyes, switching from an ice cold blue to a fiery orange-yellow in seconds. Just outside the chapel are some villagers hoping to attack and subdue the girl. Her name is Idie Okonkowo, and she’s a mutant. Amidst all this, Storm and Hope arrive emphatically to rain on the villagers’ parade.

After two quick pages of Bobby Drake looking to hire a P.R. firm for the X-Men, another two page spread follows featuring Emma Frost. Here we see the infamous White Queen awake from a startling dream. Directly after, she visits her old friend Sebastian Shaw, a prisoner on Utopia since it’s construction. There she considers doing something drastic to her old ally to rid Utopia of him. In another two page spread, we find that all may not be well in Atlantis, as Namor’s soldiers begin to question his loyalties and resolve. It appears an uprising could be in store for the king of the seas.

Returning to Nigeria, Storm and Hope confront Idie to calm her down. Still trying to figure out her powers, she lets out a fiery blast met with equally forceful winds. And

the scene quickly shifts again to Utopia where Emma Frost helps Colossus and the still non-corporeal Kitty Pryde communicate with each other. During their link-up, Emma’s thoughts about Shaw stray and Kitty learns about her intentions. Emma quickly requests some “girl time” alone with Kitty. 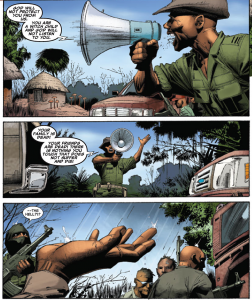 Returning to Nigeria again, Hope finally calms Idie enough to venture outside and confront her attackers. She works her mojo and a flash of light emits from the two young girls, shining well beyond the walls of the chapel. Finally stepping outside the villagers open fire, but their bullets are stopped abruptly as Idie raises a wall of fire and incinerates each bullet. The villagers scamper away, and Storm properly inducts Idie into the X-Men.

To conclude the issue we return to Utopia where Emma and Kitty discuss Sebastian Shaw. Kitty threatens to tell everyone about her plans, but in a twist, tells Emma she’ll help her make Shaw disappear.

I’ll say this for the art, it’s welcomed. I’ve not been a fan of the Dodson team’s artwork, and although they still contribute the covers for Uncanny, Whilce Portacio’s artwork is a welcomed addition to the book. Reber’s colours accentuate Portacio’s pencils and really brings them to life to create a more vibrant and colourful reading experience.

The art does have its share of misses however. It’s not rampant throughout the issue, but there are certain characters where their faces are drawn a little more jagged or rigid than they need to be. An isolated example occurs during Emma’s nightmare where I believe the Black Queen (someone yell at me if I’m wrong) is holding Cyclops’ visor. Her complexion is over emphasized around the cheek bones and jaw line. It’s the same with Emma in some panels. It’s somewhat the same with Colossus, who’s face looks it was chiseled out of whatever comparison is beyond granite. There were a lot of misses in this respect. Another big one I caught was Bobby Drake’s hand on the middle panel. Where is it? I think it may be wrapped around his neck, but I’m not sure. 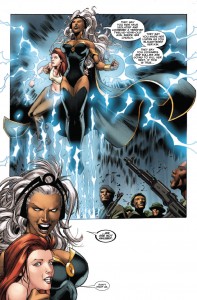 Portacio did some real cool things though with the art, adding some nice character touches to round out the read. I liked the contrast between Storm and Hope as they make their entrance. Storm swoops in as intense as she ever was, while all Hope is concerned about is that Storm doesn’t drop her. The looks on their faces are hilariously polarized. I thought the continual shift in Idie’s powers correlating to her eye colour was nice too, as well as the previously mentioned wall of fire page. There are a lot of good things Portacio does, it’s only held up a little because of some very minor things.

This issue continues the theme of Hope traveling the globe in search of newly activated mutants. If this is going to be the theme in the short-term, Fraction is going to have make each encounter as distinct as possible because otherwise this story is going to run the risk of becoming staler faster than it should. This is especially the case if Hope is continually going to reach out and touch someone every issue. It’s a nice thematic element to the story, but each encounter needs to be different and engaging enough to get readers to care for each character Hope meets. This issue did that, which I felt was lacking in the previous issue. This young girl accidentally kills her friends and family when her powers activate, and as we’re introduced to her she’s praying for guidance in front of her frozen solid parents. Fraction makes you care about the character enough that her experience differentiates it from the previous issue’s experience. 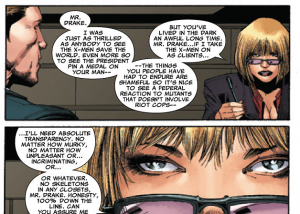 I didn’t like how the issue was set-up. It contained too many two-page spreads, some of which were throw away pieces, such as Bobby Drake’s conversation with Kate Kildare, or the pages featuring Nekra and Frenzy. Another example were the pages with Namor. These were largely used to allude to future story arcs, especially Namor. For the most part though they didn’t need to be there. There wasn’t much in this issue to really sink your teeth into beyond Hope and Storm’s travels in Nigeria. Perhaps Emma Frost’s pages too. The other panels didn’t particularly add anything to the issue.

Coming out of a storyline that was several years in the making, it’s hard to say where the book stands. This is clearly an introductory story arc to bring the new mutants into the fold, while establishing Hope as a central player in the X-Men universe alternatively. That’s the central piece of this story, so the excess plot points feel out of place in the issue. It’s hard to say whether the book would be better served to focus more on Hope and the new mutants and limiting the remainder of the book to the most important secondary story. The book tried to tell too many stories in this issues and it hurt the experience, making it bloated and unfocused. I like what the team is doing in the larger story, but they need to keep the Hope encounters fresh. They’ll risk the story becoming stale otherwise.